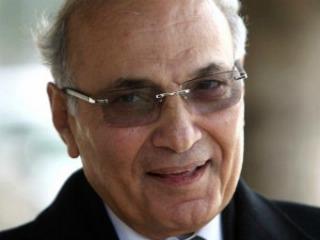 The trials of a number of former regime members were held on Monday at criminal courts in Cairo, while a number of verdicts were postponed to a later date.

South Cairo Criminal Court announced it would decide a verdict during its next hearing on 4 May in the case examining allegedly illicit gains by former regime figures through the Land Pilots Association. The defendants include former prime minister and presidential candidate Ahmed Shafiq, former head of the Pilots Association Nabil Shukri, and Alaa and Gamal Mubarak. The case is examining illicit property gained by members of the former regime through the association.

Meanwhile, North Cairo Criminal Court released Mubarak’s brother-in-law Mounir Thabet  from Tora Prison on Monday on EGP 50,000 bail. Thabet’s defence had demanded that Thabet be released pending investigations due to his health and the length at which he had remained in prison pending the prosecution’s examinations.

Thabet, who is the oldest brother of former first lady Suzanne Mubarak, is being investigated for his vast and allegedly illegally-obtained wealth. Investigations indicate Thabet founded a maritime transport company called Four Wings and obtained land in Sharm El-Sheikh well below market value, according to state-owned Al-Ahram.

Another court decided to postpone the trial of former speaker of the Shura Council Safwat Al-Sherif and his two sons Ashraf and Ihab to March. The father and two sons allegedly made EGP 304,674,552 in illicit gains according to Al-Ahram. The case was postponed during Monday’s hearing so that a committee of experts could reexamine the value of properties illicitly gained by the family.

South Cairo Criminal Court postponed a case surrounding Heidi Rasekh, the wife of Alaa Mubarak, who submitted a complaint about assets belonging to the family that had been frozen during investigations. The next hearing will take place on 24 March.