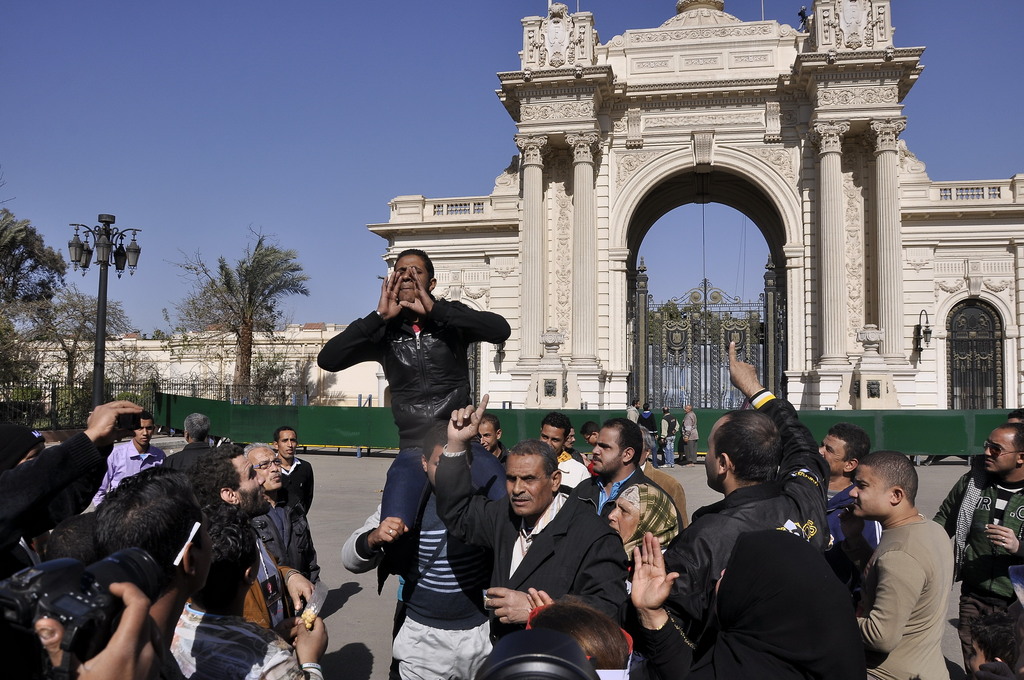 Youth members of the Al-Dostour Party announced on Tuesday they are organising a mass protest in Hadayek El-Qubba district of Cairo on Friday 1 March.

The scheduled protest would start with a march from Keshk mosque in Hadayek El-Qubba before moving to El-Qubba Palace to hold a sit-in there.

The protest was called by the youth of the party, and so far it was not confirmed if any of the party leading figures would participate.

Sherif Abdel Samei’, founding member of the Al-Dostour Party, said the party members “will march through several streets of Hadayek El-Qubba, where we will explain the meaning and benefits of civil disobedience to residents and bystanders”.

Sherif said the protest aims to protect the 25 January Revolution and achieve its goals, adding that explaining civil disobedience to people is an indispensible step towards this aim. “Civil disobedience is the only action we can take now, and it would never come without the consent of the people.”

The Al-Dostour founding member explained that the attempts to force some employees to leave their jobs, which took place in some of Egypt’s governorates, should not be perceived as civil disobedience. Sherif instead called this “thuggery”.

Sherif said protests would hold a sit-in in front of El-Qubba Palace in preparation for the start of civil disobedience on Sunday. However, he affirmed that this would not take place without the consent of the Egyptian people.

Sherif claimed that youth members of other political groups, including the Popular Current, the Egyptian Social Democratic Party, the Social Popular Alliance Party and the 6 April Movement will participate in the protest.

Regarding the upcoming elections, Sherif said the decision of the Al-Dostour Party and National Salvation Front (NSF) to boycott the elections came after negotiations with the youth members. He added that although some members of the party were in favour of participating rather than boycotting, they would abide by the party’s collective decision and boycott the elections, scheduled for 22 April.