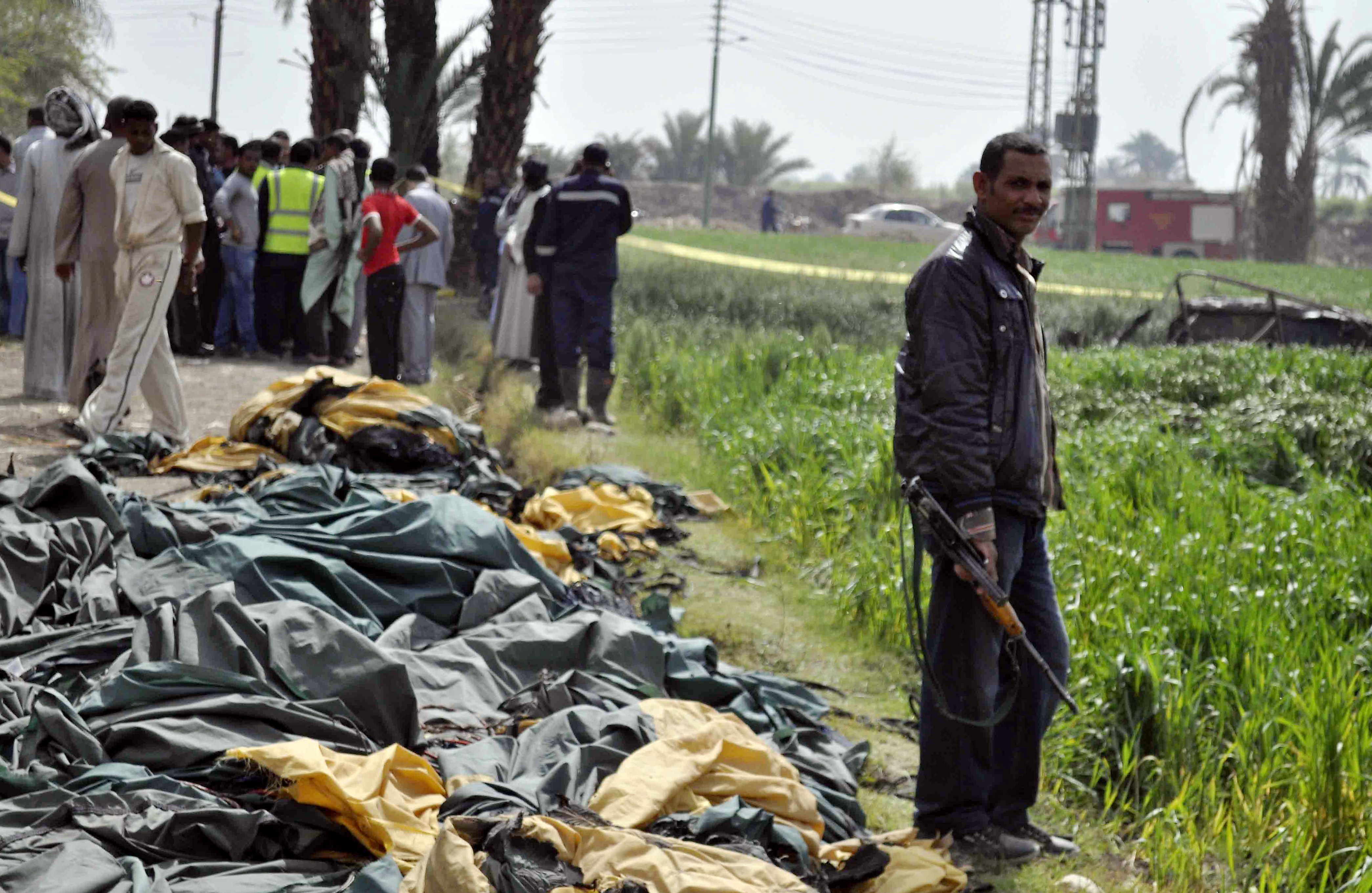 A hot air balloon carrying 20 tourists crashed near Luxor early on Tuesday morning after the fuel supply caught fire, a security official told state-run news agency MENA. The official reported that the balloon fell from 300 metres to the ground, killing 18 and injuring three.

The deceased passengers include nine tourists from Hong Kong, two from France, four from Japan, one from the UK, one from Hungary, and one from Egypt. Two British citizens and the pilot were injured.

The balloon belonged to Sky Cruise Airship and Balloon, but Sky Cruise could not be reached for comment.

Prime Minister Hesham Qandil announced in an official statement that he has contacted the governor of Luxor and has ordered the Ministry of Civil Aviation to form a committee to investigate the incident.

The Ministry of Civil Aviation said that they are suspending all hot air balloon excursions in Luxor until the investigation has been completed. Minister Wael El Madaoui estimated that this could take between one and two weeks.

All hot air balloons, like aeroplanes, must receive licences from the Ministry of Civil Aviation to operate, El Madaoui said. The balloon involved in the fatal incident was certified as secure and was operating under a licence due to expire next October.