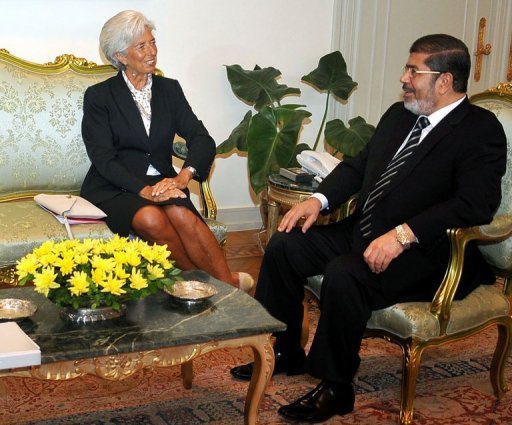 Negotiations over the proposed $4.8bn International Monetary Fund (IMF) loan are to resume early March, according to a statement made by Egypt’s Minister of Investment Ossama Saleh.

“There have been pledges of international and regional support to Egypt and most of these are in progress,” Saleh said in a statement to Reuters.

Minister of Finance Al-Morsi Hegazy said in a public statement that the loan will “greatly benefit Egypt’s economy at the current time and should be a great opportunity for future investments”.

A number of drastic economic measures were announced by Egypt’s President Mohamed Morsi to include tax increases to reduce the budget deficit by increasing state revenues in order for Egypt to be eligible for the IMF loan.

Morsi, who also acts as a legislative authority, introduced further tax increases on a range of consumer goods and services such as cement, steel, soft drinks and cigarettes, among many others.

However, his decisions led to a “public outcry” when the announcements were made last December, and the President subsequently “freezed” the hikes.

“The minimum monthly income for income tax exemption is to be raised from EGP 9,000 to EGP 12,000 should help alleviate a tax burden on 2.5 million families,” he said during the interview.

When asked about the IMF loan, he described it as a “testament to how capable Egypt is in transitioning economically, rather than a funding opportunity”.

Negotiations over the loan have been postponed a number of times due to the country’s ongoing political turmoil and economic instability.