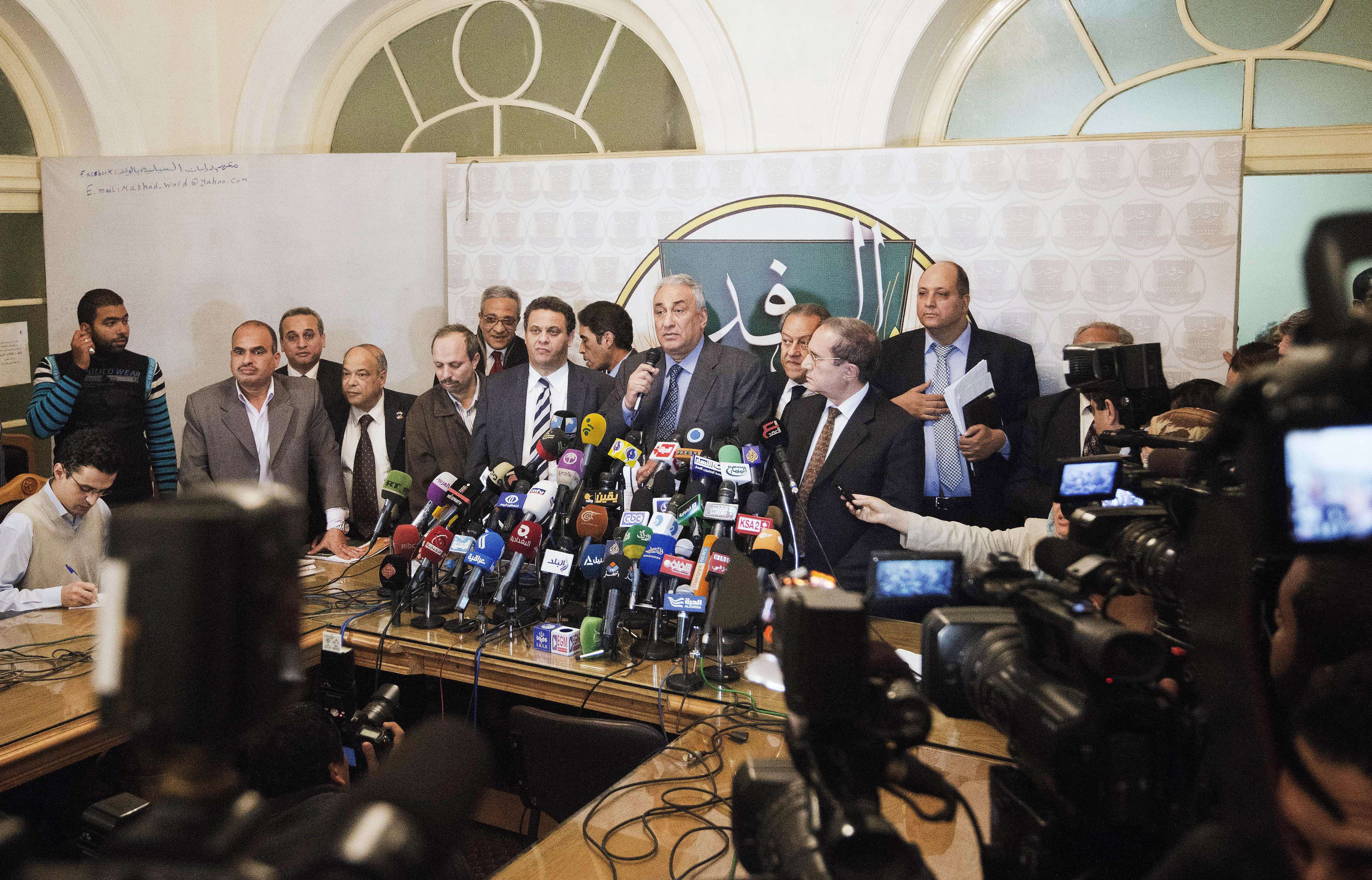 The National Salvation Front has announced that it will boycott the upcoming parliamentary elections, following a meeting on Tuesday afternoon.

The opposition bloc’s decision was announced by Sameh Ashour, head of the Lawyers’ Syndicate. He said the decision was unanimous and was met with a cheering crowd that chanted “Allahu Akbar” and “down with the rule of the Muslim Brotherhood’s Supreme Guide”.

The meeting was held in Al-Wafd Party’s headquarters to discuss the opposition group’s decision on both the elections and President Mohamed Morsi’s latest call for dialogue.

Morsi made the call during his two-hour long TV interview aired in the early hours of Monday with his former adviser and show host, Amr El-Leithy. The dialogue scheduled to start at 5.30pm on Tuesday and participants will be discussing guarantees for the upcoming elections to be free and fair.

The opposition group announced that it also rejects the president’s most recent call for dialogue.

Ashour said the topic of the dialogue has nothing to do with Egypt and its future, describing the dialogue as pointless. He questioned how it was possible to talk about guarantees of electoral integrity when the presidency controls the judiciary people are killed and terrorised in Itihadiya, Port Said, Alexandria, “and all of Egypt’s governorates”.

The National Salvation Front’s decision to boycott elections followed a similar decision by the Al-Dostour party, which was quick to announce its boycott on Sunday night. Al-Dostour is one of the member parties of the front.

Political parties have been divided on the matter, with the Al-Watan, Al-Wasat, Al-Nour and Freedom and Justice parties, all Islamist leaning, announcing their participation.

The House of Representatives elections are scheduled to begin in April and will be held over four phase, ending in June. The legislature will convene their first session on 2 July.