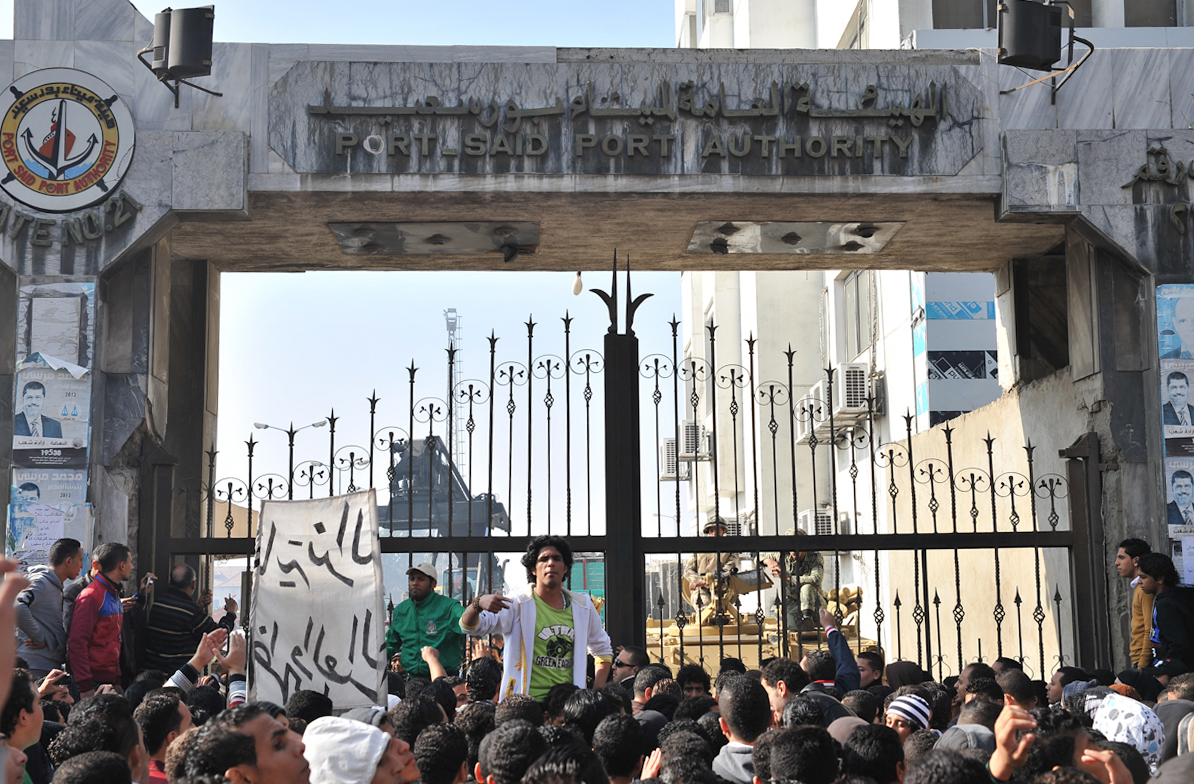 Work resumed in the Public Free Zone for Investment after negotiations between demonstrators and the Second Army Field forces concluded successfully.

According to state-owned Al Ahram, the Investors Association in Port Said had given the government 3 days starting from Sunday to “solve the problems of Port Said and remove the causes of rebellion”.

Raswa port, Al Nasr customs office and the eastern port resumed work on Monday at full capacity according to Al-Ahram.

He added that demonstrators continue to call for President Mohamed Morsi’s departure.

In Daqahleya, clashes took place at noon on Monday in front of the governorate building.

16 protesters were arrested, 14 of them minors, while three journalists were attacked, according to 6 April activist Wael Ghareeb.

“I was reporting with my colleague Ramy Al Qenawy when we got attacked by Muslim Brotherhood members,” Al Wafd journalist Mohamed Taher told Daily News Egypt.

“My camera and Al Qenawy’s iPad were taken to erase the footage of MB members beating protesters,” Taher added.

Supporters of President Morsi tried to protect the governorate building. Clashes erupted between the two parties, who threw rocks at one another, reported Mohamed Saied, a CBC correspondent who was inside the building. Police forces dispersed the clashes using teargas bombs.

Several were injured in the clashes.