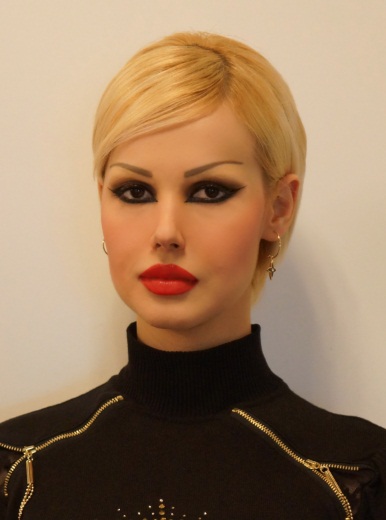 In August 2012, when President Mohamed Morsi became the first Egyptian leader to visit Iran since the 1980s, he was careful not to schedule meetings with the Iranian leadership, much less to endorse any renewal of diplomatic relations between Egypt and Iran.

Since then, a return to the level of cooperation pe
r status quo ante has been progressing at warp speed: Iranian President Mahmoud Ahmadinejad visited Cairo on 5 February with the intention of renewing the diplomatic relationship which existed before the 1979 revolution. While attending a conference of the Organisation of Islamic Cooperation hosted here, he also promised to lift visa requirements for Egyptian tourists and businessmen.

These overtures are already bearing fruit: At the time of writing, a delegation of Egyptian officials has just flown to Tehran to implement a 2010 (Mubarak-era) agreement for weekly flights between Egypt and Iran.
So what could come out of a strategic cooperation between Egypt and Iran? While the US, in its wisdom, just sent the Morsi regime another 200 Abrams tanks and 20 more American F-16s, the Egyptian people (living on the equivalent of $2 per day) are more dependent on imported wheat than many other countries in the world.

Yes: it is the best of times, it is the worst of times, and no doubt the sum of all these strategic overtures is to scare the hell out of Israel. Regrettably they seem to be doing nothing to deliver bread, freedom, or justice to the people of Egypt or Iran.

The Ahmadinejad regime, likewise, is known for a history of unconscionable repression and threats not only to the state of Israel but also to its own people. This mentality has borne the same bitter harvest for a generation, which has known only poverty and unrest in both countries, and in Iran, geopolitical isolation.

In order to understand what is attracting Cairo to Tehran, it is essential to realise that the Egyptian alliance with America was never about respect. Rather, it has always been a marriage of convenience between America’s need to buy an ally in the region, and the Mubarak regime’s need for military arms to secure its own longevity.

When the Mubarak era ended, as all regimes based on force inevitably do, it was inevitable that the tide of anti-Israeli feeling which had been dammed up for a generation behind the wall of American largesse would break out in the virulent hatred which masquerades under the name of Islam.

The problem is: Demagogues are very good at achieving political power by appealing to nationalistic feelings, scapegoating outsiders and creating boogy men. Fostering economic opportunity, honouring individual liberty, respecting dissenting voices… this is a different skill set altogether. And so now the whole world has a problem: It’s obvious that the West cannot buy enough Egyptian good will and cannot punish Iran with sanctions enough to keep them from reaching out to each other.

The attraction between Iran and Egypt is “partly” that both regimes used to share a mutual debt to Marx much more than to our Prophet Muhammad. As a matter of historical fact, the Khomeini revolution was supported by communist French parties. Likewise, the Socialist International has solid support among Iranian university students.

Iran itself is backed by the Shanghai Cooperation Organisation. The Iraqi Shi’a leader Sistani does not support the Wilayat al faqih system in Iran, and it is a fact clear to everyone that Mawdudi, the father of that ideology, was inspired by Marx. This vanguard Stalinist idea is an approach common in communist countries, and seeks to turn the control of the central government over society into a sort of bourgeoisie.

In sum, the revolution of 1979, and the so called “Islamic” Republic of Iran which came of it, is actually a Marxist government which is irreconcilable with Shi’a Islam or any form of government discernible in the Quran. Therefore, the “Islamic” name of the Iranian revolution is in conflict with the true nature of the revolution.

Any association between a repressive Marxist regime such as that which rules Iran and the embryonic democracy which is trying to implant itself on the banks of the Nile can only prove deleterious to the pregnancy.

The next thing to be considered is the structure of the Islamic Republic of Iran. There is a pervasive totalitarian pressure on Iranian society and the authority of the military over civilians is visible, as it is the case in all other Marxist structures. This could have an undesirable effect on Egypt, which has been trying to shake off the lingering effect of vast military control over society.

Some political analysts think that the military should go back to controlling civilian society, while others think that this option should not even be considered. I cannot safely say that I feel the military has stopped exerting influence over society, given the fact that they still own more than 20% of the economic entities in the country.

By the same token, if Egypt would engage in a strategic partnership with Turkey, rather than Iran, it would approach the model for which liberals have been longing, under conditions in which Egyptians would enjoy a more liberated lifestyle and secure their religious liberties, and in which Egyptian industry, economy, and society are likely to prosper.