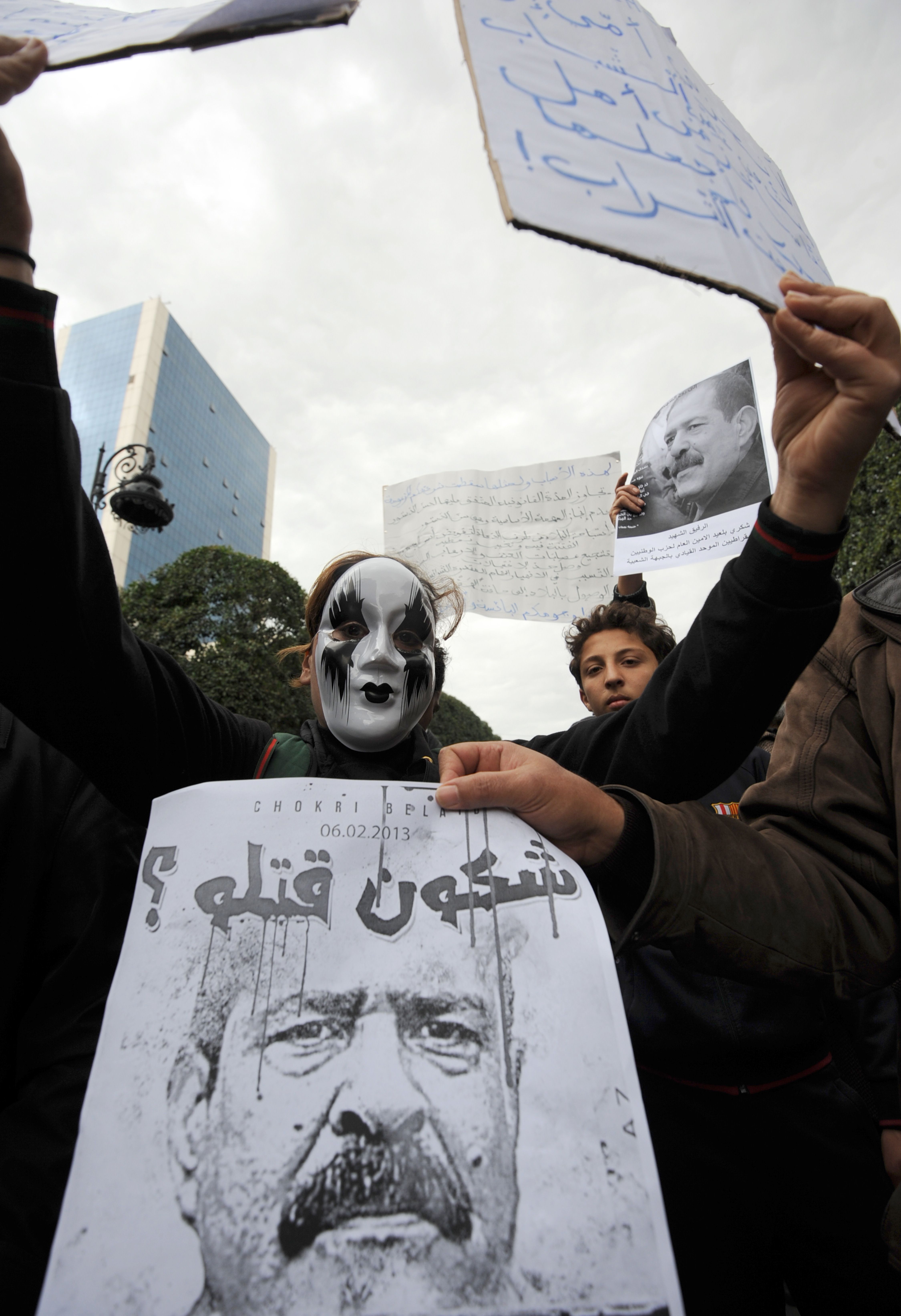 The breakthrough comes as Larayedh, named as prime minister-designate, presses efforts to form a new government aimed at pulling Tunisia out of a deep political crisis sparked by the 6 February killing of Belaid outside his home in Tunis.

“The killer has been identified and is being chased,” Larayedh told a news conference.

“Four other suspects have been arrested. They are Tunisians and belong to a radical religious strand … which we refer to as the Salafist movement,” said Larayedh.

Belaid’s daylight killing on 6 February sparked deadly street protests and strikes and exposed the widening fissures between the ruling Islamists and liberals.

It also threw Tunisia into its worst political crisis since the revolution two years ago that ousted strongman Zine El Abidine Ben Ali.

Larayedh said the four people arrested had “monitored (Belaid) for some time”.

One of the suspects, he added, “confessed to having accompanied the killer on the day of the crime.”

Police sources had earlier told AFP that those behind the killing were adherents of the Salafist movement, which is known for its radical version of Sunni Islam.

They said one of the suspects was active in the League for the Protection of the Revolution, a controversial group linked to the ruling Ennahda party and implicated in attacks on secular opposition groups.

The Salafists have been blamed for several violent actions in Tunisia in the past few months — including an attack on the US embassy last September that left four attackers dead — with Ennahda being regularly accused by the opposition of protecting those behind the violence.

Larayedh declined to comment on who may have ordered the killing, even as Belaid’s widow, Besma Khalfaoui, urged authorities to flush out those responsible.

“It is good to know who carried it out, but for me it is very important to know who ordered it… because this was a very well-organised crime,” Khalfaoui told France’s Europe 1 radio Tuesday during a visit to Paris.

“We are asking for a trial, for further investigation, for everything to be known.”

Belaid’s brother, Abdelmajid, accuses Ennahda of being behind the murder, which the party has denied.

“It’s Ennahda which gave the green light to kill my brother,” he told AFP.

Khalfaoui was more cautious, saying only that “Ennahda’s political leadership is involved.”

The political crisis in Tunisia has been aggravated with Belaid’s killing, with former premier Hamadi Jebali resigning after his own party Ennahda dismissed his proposal to form a government of technocrats.

Larayedh, also an Ennahda member, was named on Friday to replace Jebali. He has until 8 March to form a new government, which he has vowed will be “for all Tunisians”.

He met with leaders of the secular Republican Party on Tuesday after holding talks the previous evening with Beji Caid Essebsi, ex-premier and leader of the opposition movement Nidaa Tounes, an AFP correspondent said.

Rached Ghannouchi, who heads Ennahda and is seen as the main political power in Tunisia, has said Larayedh’s efforts are focused on enlarging the three-member ruling coalition to add more parties in a more broadly based coalition.