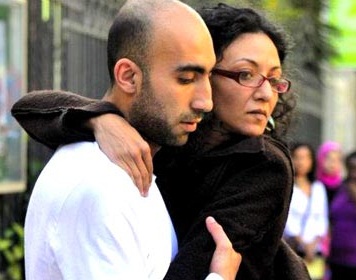 Dancing is often forgotten in our everyday life. We mainly go to movies and restaurants to meet up with friends. The art of dance is slowly slipping out of our lives. It is very rare to find someone who appreciates ballet or even willing to go to a performance; people no longer have the patience for the dancers’ interpretive motion.

However, a group of people felt differently, and that is why No Point Perspective Dance Theatre was created.  Mirette Mechail, the founder and artistic director, tells us how they came to be: “The idea of the company started in 2000, it had another name back then, but it has been No Point Perspective since 2002. It was a dream of ours, sort of a “group therapy” or performance art that brings together professionals and enthusiasts, just for the enriching experience.”

The company encourages people to volunteer and accepts all sorts of dance enthusiasts. “Members range from children to elderly people, actors, musicians, dancers or simply people who experience the stage for the very first time.

They work together in an interactive context that consists mainly of improvisations on personal and social issues, relationships with all its complexes. The performances also shed light on the incompatible facets of peoples’ lives, and the tension between what one wants to occur and what actually happens,” says Mechail.

Mechail welcomes this mélange of people, as the variety of characters and personalities enriches the company’s performances. “This creative process results in vivid, light hearted productions and a humorous feeling.”  Yet the audience is the main challenge for this dance company.

“The main purpose of the company is also creating audience; people do not really get contemporary art in our society. So, they need to be properly introduced to something to which they can relate, and so break the idea that not everyone can dance,” explains Mechail.

Mechail also has some plans for the future, but struggling with funding limits the company: “I really hope I can extend the effect of this [dance company] by finding a space to hold workshops that could become performances. I struggle to find a room in my own apartment appropriate for rehearsing; we need a bigger space so we could get more people involved. Also, choreographers and dancers are hardly able to get their performances together, for many reasons, but mainly lack of funding and performing space.”

While Mechail runs the dance company with her technical manager, Ahmad Sharaf, she says that many people are involved: “This project has many people behind it, such as performers and special guests.” After a quick look at their website, it is evident that many of people are involved in every performance: professional dancers, filmmakers, and volunteers.

No Point Perspective’s latest performance was an unusual one. “Our last performance was done in the framework of Contemporary Dance Night 2, which is an approach where different schools of choreography are introduced to the audience with an open discussion after the performances. The performance was called “Not for everybody” and was about seven performers in a living room,” explains Mechail.

The performance’s description is intriguing, a deep look into people’s relationships through the interpretive language of modern dance.

In the end, the company’s performances are a mixture of elements. “There is a main structure to our work that is non-narrative, yet emotionally and kinetically powerful. In our work, the dance, the music and the verbal text are an indivisible unit. In the past eleven years, the company has premiered over nine new performances, including a number of pieces created in collaboration with artists from other disciplines including composers, film makers and musicians. Everyone contributes to the density of the final production,” says Mechail.

When asked about their plans for 2013, Mechail answered that they “might re-perform “Not for everybody” in late March or April, and then we will hopefully hold auditions for our new performance and start rehearsing it immediately.”