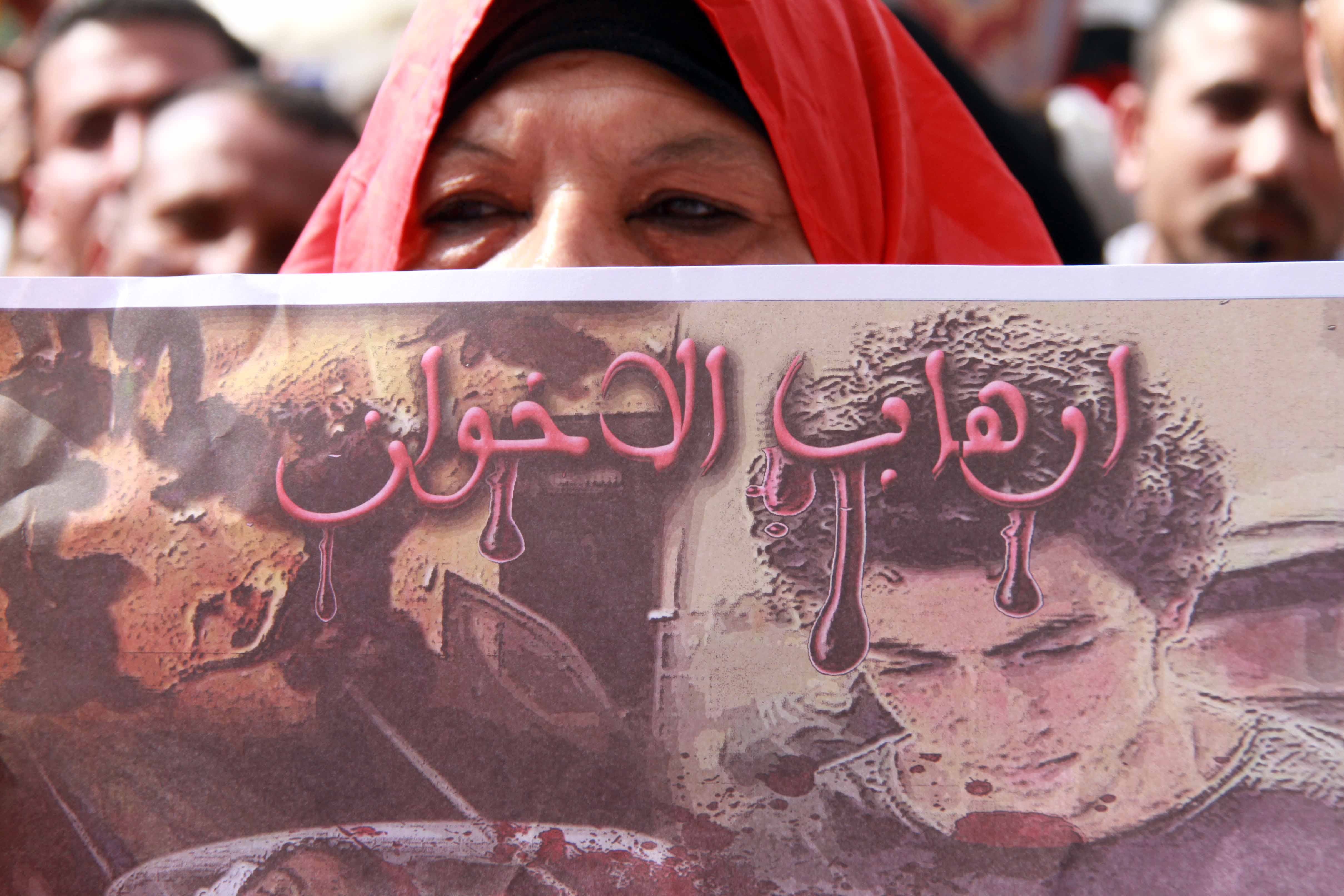 Hundreds of people turned out in Tahrir Square on Friday to protest against President Mohamed Morsi and the Muslim Brotherhood.

Protesters chanted against the regime and the Brotherhood, and held placards displaying demands, including the resignation of the prosecutor general. The same sign also compared the police with the Brotherhood.

Others held signs calling for civil disobedience, which has been occurring in governorates throughout the country all week.

The Al-Dostour Party organised a march from the Sheikh Kishk Mosque to the Al-Qubba presidential palace, the demands of which were published on the party’s official Facebook page: “Bread, freedom, social justice, human dignity, and justice for the martyrs.”

Sheriff Abdul Samia, an Al-Dostour member and the coordinator of the march, said on Friday afternoon that the march would gain more momentum come the evening.

Khaled Al-Masry, the spokesperson for the 6 April Youth Movement said: “We are not marching today because there were calls for the army to intervene politically, and this goes against what we believe in.”

He confirmed that there have been calls for civil disobedience in Ismailia but said that this is not specific to the 6 April Youth Movement. He added: “We were the first organisation to call for civil disobedience, even before the revolution. Now it needs more support from the people for it to be beneficial.”

Another demonstration took place at the Al-Menassa monument in Nasr City calling for military intervention in the current political situation.