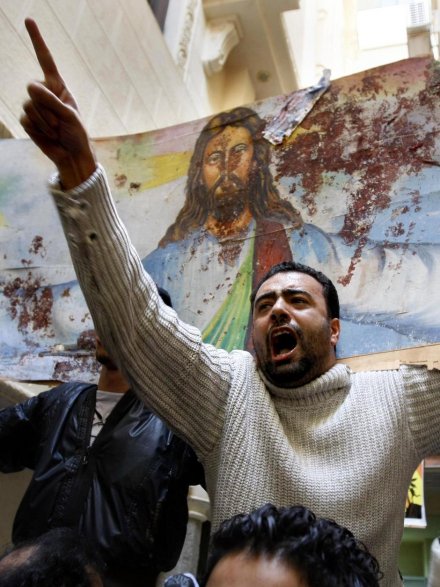 (AFP) – Egyptian police fired teargas on Friday to disperse Muslim protesters outside a church in southern Egypt after claims that a women who converted to Christianity was hiding in the church, a security source said.

The police acted after the protesters pelted them with stones in the town of Kom Umbo, the source said.

State-affiliated Al-Ahram reported on its website that police also refused to allow Christian worshippers to leave the church, in order to avoid clashes between them and the protesters.

The Muslims had also protested outside the church on Thursday night.

Sectarian tensions are high in Egypt, which is home to the region’s largest Christian minority, with violence occasionally flaring between Muslims and the Coptic Christians.

Copts, who make up between six and 10% of the country’s 83 million people, have complained of an increase in sectarian attacks since an uprising overthrew former president Hosni Mubarak in early 2011.