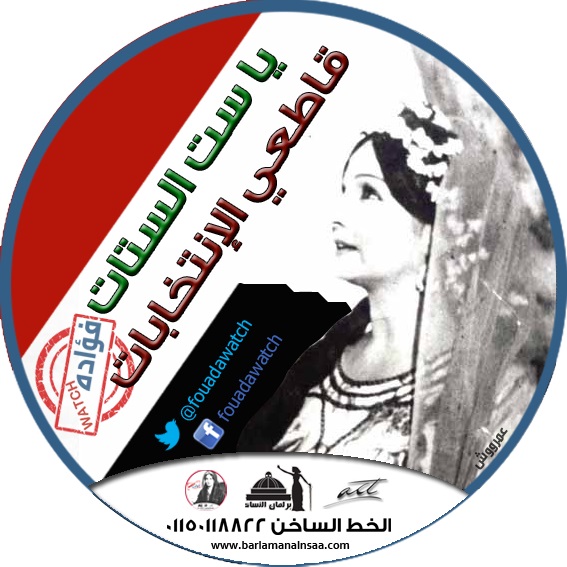 A campaign initiated by the Fouada Watch women’s rights organisation has called on Egyptian women to boycott the upcoming House of Representatives election. The campaign was announced during a press conference on Saturday, and is entitled “Women of Egypt: boycott the elections”.

Fouada Watch has chosen to target women specifically, according to a press release, because “policy-makers and decision-makers deliberately exclude women”. The organisation also said the constitution fails to include women’s rights, which they say is part of the deterioration of “all social and economic conditions” and the result of “the absence of political vision among policy-makers and those who hold the reins of power in Egypt”.

Several passages in the constitution relating to women’s rights were scrapped during the drafting process, including provisions which emphasised physical integrity and the rejection of violence towards women, the organisation said.

The way in which the constitution was passed, with just over one third of the eligible voting population having participated in the process, is also an issue of contention for the organisation.

“We have many reasons to call on women to boycott the upcoming elections,” said Fouada Watch coordinating doctor Azza Kamel. Kamel added that women are not guaranteed rights by either the constitution or the election law.

The draft electoral law, approved by the Shura Council without resubmitting changes to the Supreme Constitutional Court, does not specify any seats reserved for women, nor does it ensure the presence of women in electoral rolls. Fouada Watch says this is a deliberate attempt on the part of the Shura Council to exclude women.

In light of these events, Fouada Watch has called on women to boycott because women represent more than half of the eligible voting bloc and have in recent times formed an active voting population.

“What has been happening across Egypt, from killings to civil disobedience in places like Mansoura and Port Said, shows that people are against what the Muslim Brotherhood are doing,” Kamel said.

“We are going to meet people everywhere; in every governorate, in every street and every family,” Kamel said. “We invite people to put forward their own names in electoral boxes refusing the elections and we will show everyone that we have the means and we have the votes, but will not participate in such elections. Instead we want people to vote for civil society and human rights.”