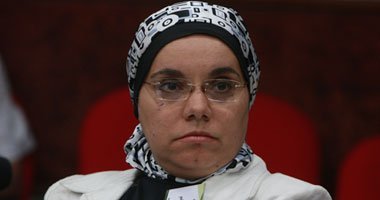 Presidential Assistant on political affairs Pakinam El Sharkawy is visiting New York on Sunday to head Egypt’s delegation to the Fifty-seventh UN Commission on the Status of Women, according to a presidency press release. The commission begins its activities on 4 March.

The delegation will include Mervat Al Tallawy, ambassador and head of Women’s National Council (WNC), and WNC members Amena Nosair and Fatema Khafagi.

Egypt’s delegation will meet several White House and National Security Council officials. Meetings will include discussions on the bilateral relations between the two countries and ways to strengthen these relations in various fields.

Women’s rights will be discussed and the delegation will review national efforts to safeguard the rights of Egyptian women. Discussions will also take place on ways to promote women’s role in society and how to develop their professional abilities.

According to the press release, the delegation will take part in an interfaith dialogue session organised by the Egyptian Embassy in Washington, in addition to visiting research centres specialising in human, social, and international relations.

The delegation concludes an extended visit to meet with leaders and members of the Egyptian community hosted by Ambassador Mohamed Tawfiq.