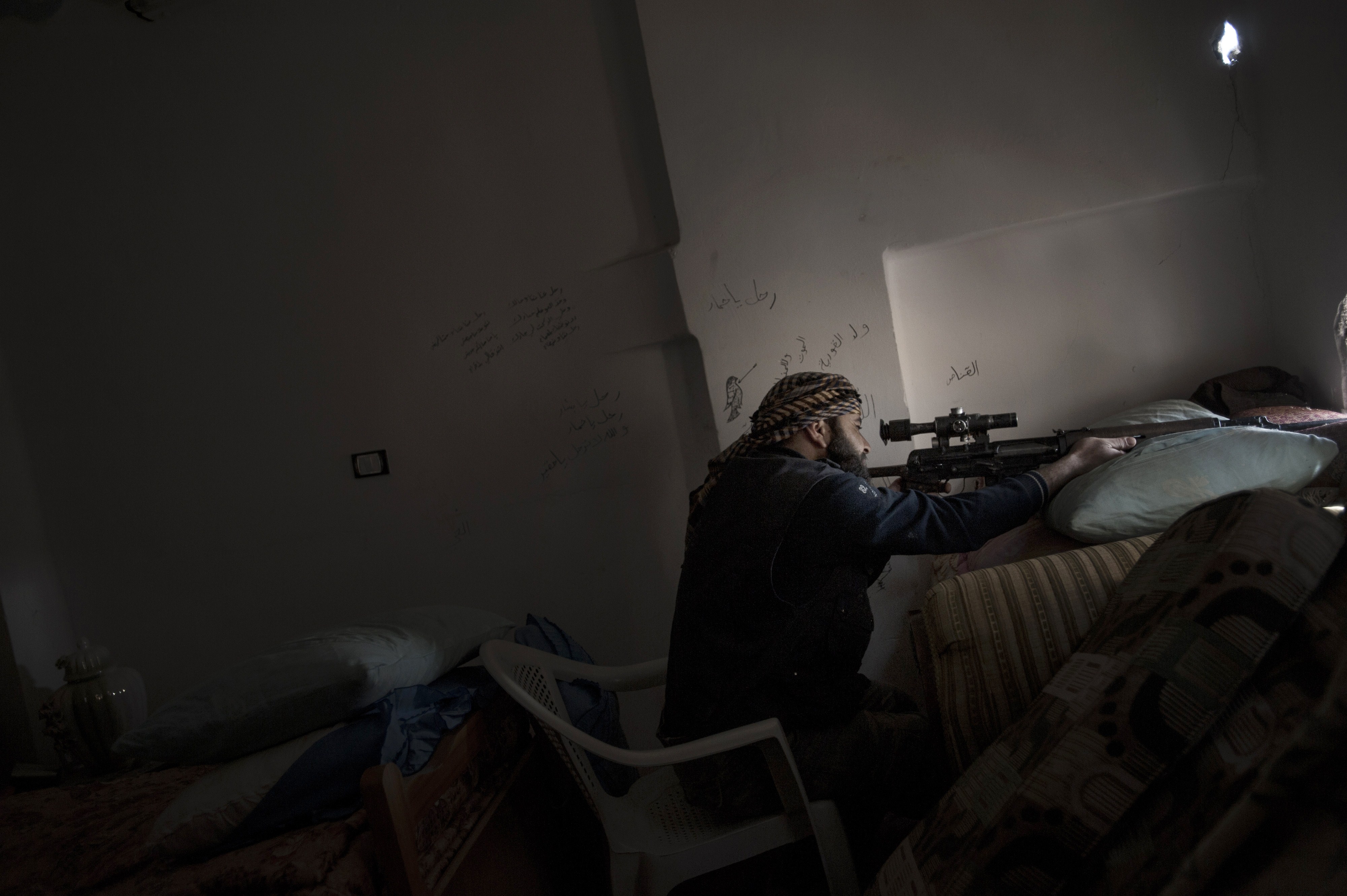 Victory in Syria’s civil war is still up for grabs, but some rebel commanders fear that even if they do oust President Bashar al-Assad they will then have to take on Islamists they accuse of seeking to hijack their democratic revolution.

Leaders of the rebel Free Syrian Army in the eastern oil hub of Deir Ezzor are in a quandary, because Islamist fighters are well financed, well armed and disciplined, and their contribution to the cause is indisputable.

“There aren’t many of them, but they have financial and logistical support that we don’t have, and will certainly never have,” says one FSA commander, Abdel al-Salam Tabsah.

“They receive money from abroad and have the best arms… making them the best soldiers, and we should rely on them to be able to overthrow Assad,” he adds.

Everyone who comes to fight Assad is welcome, he declares, but quickly follows that by saying “all the foreigners joining (Syria’s jihadist) Al-Nusra Front are Islamic extremists and have an erroneous interpretation of Islam.”

Little is known about Al-Nusra Front, a group with roots in Iraq that has become a formidable fighting force in the anti-Assad war.

But the International Crisis Group has said that for Al-Nusra, overthrowing Assad represents “only half the battle; success would come only once the entire regime was replaced with an Islamic state following Salafi principles.”

The objectives of Islamists were abundantly clear on Monday, when jihadists of the Hamza unit in Deir Ezzor paraded through the streets to celebrate their upgrade to brigade from battalion.

“We will fight for Syria to be controlled by Islam,” Abu Mohammed shouted through a loudspeaker, as a fellow fighter distributed pamphlets about jihad and martyrdom.

“What we want is that, after the fall of Assad, Syria will be an Islamic country.”

“The Islamic brigades operating in this and other Syrian cities have as their principal objective the creation of an Islamic state,” he says.

“But what the FSA wants is to turn Syria into a new Turkey where moderate Islam reigns, far from the extremism of Saudi Arabia, Pakistan and Afghanistan.

“Here we are fighting to expel one dictator, and what we are not going to permit is to have another dictator imposed on us.”

Tabsah adds: “What we’re afraid of is that Al-Nusra will take over the country after the fall of the Assads. I hope that they will head off to another country looking for jihad but, if not, I’m afraid we will have to fight to expel them.”

Ironically, non-Islamist rebels in Deir Ezzor might end up fighting some of their own neighbours if it comes to that. Locals are signing on with Al-Nusra because it is offering them a wage, something the FSA is unable to do.

Abu Ammar said the “jihadists from abroad come seeking martyrdom, whereas the locals (fight) for money. Many of them have families to feed, and they will join whoever pays them a wage.”

On Thursday, the United States announced it would provide direct aid to the rebel fighters in the form of food and medical assistance, but not the weapons they hoped for, as well as $60 million in funding for the political opposition.

Opposition National Coalition leader Ahmed Moaz al-Khatib took a jibe at the West when he spoke of fears weapons might fall into the hands of extremists.

“A lot of people, particularly the media, pay more attention to the length of fighters’ beards (an allusion to jihadists) than to the shedding of children’s blood and regime bombardments,” he said.

Whether any of the aid will make a difference in Deir Ezzor is still to be seen, but one thing seems certain: FSA commanders are very much concerned by the scale of death and destruction, and they are also nervous about the beards.