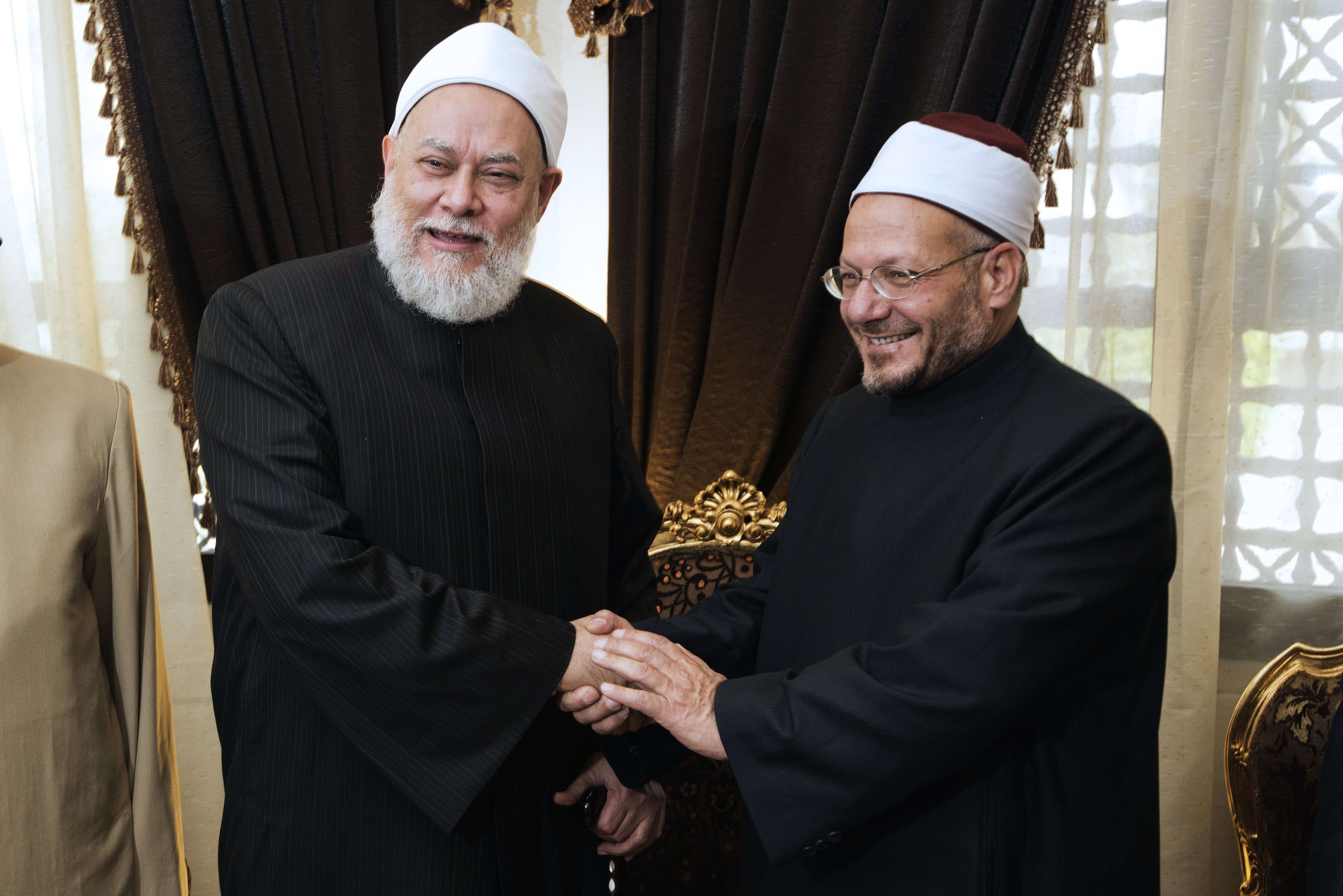 The inauguration ceremony of Shawky Ibrahim Abdel Karim as Grand Mufti was held inside Dar Al-Ifta’ on Sunday.

Abdel Karim, 52, was preceded by Ali Gomaa, who has already passed the retirement age in 2012, but his tenure was extended for a year by the Supreme Council of the Armed Forces. State-run Al-Ahram reported that a request for another renewal of Gomaa’s tenure was turned down by President Mohamed Morsi.

Abdel Karim won the prestigious post through a secret ballot held on 11 February, in which members of Al-Azhar Association of Senior Scholars voted in his favour.

The association had previously convened and selected Abdel Karim’s name among three candidates.  The newly elected Grand Mufti is the chairman of the Department of Jurisprudence at the School of Shari’a at Al-Azhar University’s Tanta branch.

The association’s selection was announced by Ahmed Al-Tayeb, the Grand Imam of Al-Azhar.

To have a chance at being Grand Mufti, a person has to know the basics of Islamic Shari’a and the principles of the Arabic language, as well as fluently speak a foreign language.

The candidate must also be known for their piety and devotion and must have studied at Al-Azhar University or one of its facilities, until the doctorate level. In addition, candidates must be committed to Al-Azhar’s moderate approach to religion.

Abdel Karim is the first to hold this post through a voting process, rather than being appointed by the president.