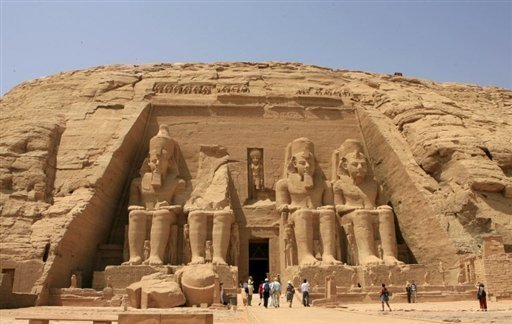 The Tour Guides’ Syndicate in Aswan held the presidency and government responsible for a vehicle transporting a group of tourists from Aswan to Abu Simbel that crashed on Saturday morning, killing one Chinese tourist and injuring 11 others.

In a statement released on Saturday, the Syndicate condemned the lax attention the government is giving to the tourism sector. The syndicate provided a set of suggestions to help improve the sector, adding that if no effort is made by the government, tourism activities should be suspended in Egypt until the government is ready to receive tourists.

“We feel that tourism is not one of the cabinet’s priorities,” said Abdel Nasser Saber, the head of Aswan’s Tour Guides’ Syndicate.

The syndicate also demanded the cancellation of the “regimentation system”. The system allocates certain hours for all tourists headed for Abu Simbel to move from Aswan. Saber stated that tourists are allowed to move only twice a day; 30 to 50 buses will travel at a time, maximising the potential for car accidents, according to Saber.

The first regiment leaves Aswan at 4am, a timing which, Saber said, prevents bus drivers from getting enough sleep to be able to properly drive.

“We demand that tourists are allowed to travel whenever they please,” Saber said.

Other demands put forward by the syndicate include subjecting all vehicles used by tourists to technical examination as well as conducting health checkups on bus drivers and all other personnel dealing with tourists.

“Those people are responsible for tourists’ lives,” Saber said.

Tourism influx to Egypt has been decreasing since the January 2011 Revolution. Last week, a balloon carrying tourists crashed in Luxor, killing 19 and injuring 2.