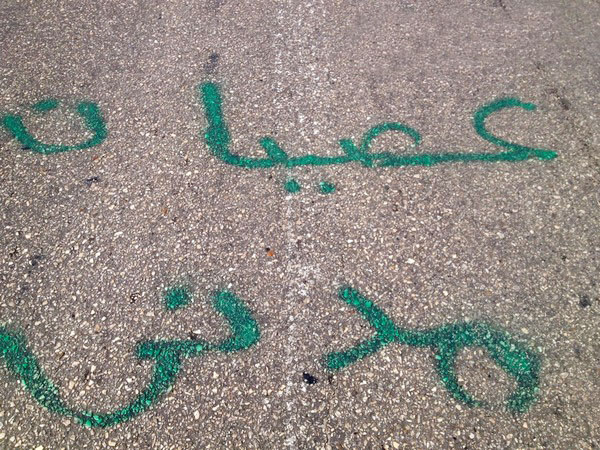 Protesters blocked the railroad connecting Cairo to Port Said near Ismailia for three hours on Sunday responding to calls for civil disobedience.

Several political groups called for total disobedience in Ismailia and Suez on 3 March in solidarity with Port Said’s disobedience, ongoing since 17 February.

“Hundreds of protesters gathered in front of the governorate building and marched in the streets of Ismailia,” said Ahmed Owry, former member of Al-Dostour party and a political activist in Ismailia.

He added that school students participated in the protests as well as workers who joined the marches after office hours.

In a meeting at Al-Wafd party headquarters, youth in Suez decided to organise a protest to take place on Monday in Al-Arbaeen square. The protest will take place in solidarity with protesting governorates, demanding social justice and the downfall of the Muslim Brotherhood.

Calls for civil disobedience in Ismailia and Suez have circulated for weeks, but very few responded to these calls.

“People in Suez and Ismailia are unlikely to respond to such calls,” said Hassan Ghoneima, DNE correspondent in Suez.  He said the majority of people in these cities worked for the public sector and feared losing their jobs if they participated in civil disobedience.