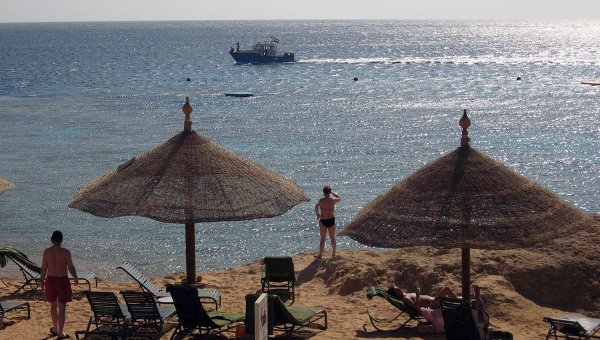 The Egyptian government recently mediated a settlement between the Red Sea governorate and the Egyptian-Saudi Arabian Company for Mediterranean Investment (ESCMI), over disagreements between the two regarding the construction of a new tourist complex in Hurghada (located on the site of the Hurghada Sheraton hotel), on 81 acres of land.

The agreement stipulated that the company pay EGP 30m into the governorate’s services fund, and that at least 30% of the project’s workers and employees be residents of Hurghada, during both the construction process and after its completion.

The company had already sought help from the Dispute Settlement Commission for Investment Projects after disagreements surfaced between the two parties, which led to the permanent shutting down of the construction on the project. They demanded that the Hurghada Sheraton be demolished in order to allow for the construction of the new complex, in addition to rerouting the roads separating the hotel from other plots of land included in the deal.

The company also demanded that a recent decision made to nullify plans to construct worker housing units on the beach surrounding the hotel, in exchange for construction of additional commercial tourist amenities, be rescinded and dissolved. They suggested, instead, that other works that had previously been agreed upon, such as the construction of a marina, and a village surrounding it, be allowed to be established on the beach, in addition to the granting of licences for the right to construct high rise housing units on neighbouring plots.

However, according to the settlement, the Hurghada Sheraton will not be demolished, as it was constructed in 2008, and therefore falls under the purview of a plan to preserve the structure and urban heritage of the city. This plan was made official after a 2007 decision by Egypt’s prime minister, which in effect prevents Egypt’s Settlement Commission from ruling on the matter.

The settlement also ruled that any future construction on Hurghada’s beach would not be allowed, as it violated Law 4 of Egypt’s environmental legislation passed in 1994.

The settlement agreed to re-route roads separating the hotel from other plots of land included in the project, in a way that was consistent with the country’s laws, and did not compromise the building’s infrastructure or attached facilities.

The Red Sea Province’s Governor also agreed to clauses dissolving a 2010 decision to remove 11,250 square meters of land from the company’s ownership for the purpose of using it to construct commercial tourist amenities discussed above. The agreement to dissolve this decision was reached after the company agreed to pay a number of fines and fees stipulated in the settlement.

The Governor further agreed to provide the necessary licences to construct high rises in the region as long as they complied with regional laws and zoning codes, and obtained the required military and security clearances. The company further agreed to begin and end construction of the project within a given timeline.

The Governor further agreed to allow for the construction of a marina, in addition to a number of commercial and residential facilities surrounding it, after receiving approval from the Environment and Transportation Ministries.

The Egyptian-Saudi Arabian Company for Mediterranean Investment initially purchased the land in 1991 from the “Greater Egypt Hotels” company, for $15bn, before purchasing 11,250 meters of land shortly after to be used for the construction of worker housing units.