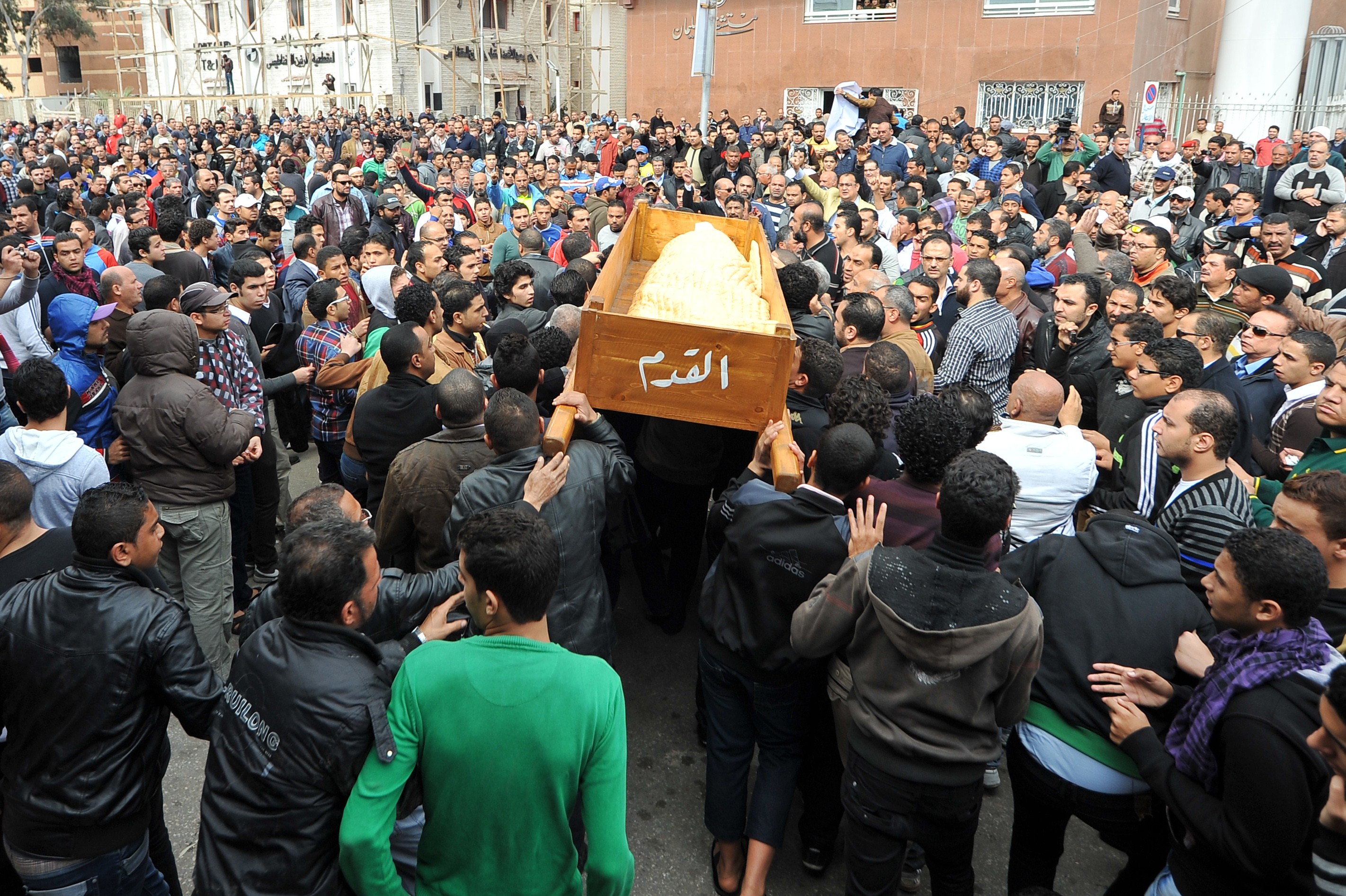 Massive funeral marches for those who died overnight in Port Said took place on Monday afternoon. The funerals were followed by renewed clashes between protesters and police.

State-run MENA reported the fire in the governorate building was caused by protesters who threw Molotov cocktails at the building.

Activist Nasser Al-Boghdady said those responsible for the fire were dressed in plain clothes and that at least one of them was chased by people on motorcycles and handed over to the army. He believes that they are affiliated with the police.

Activists Ibrahim Al-Sayad and Al-Boghdady reported renewed clashes between the army and police on Monday afternoon. They added that two more protesters died as a result of the Monday clashes between police and protesters. Al-Sayad said one of those who died was not involved in the clashes and was killed by live bullets fired by police.

A Ministry of Interior official stated that one policeman died Monday as a result of injuries sustained during Sunday’s clashes.