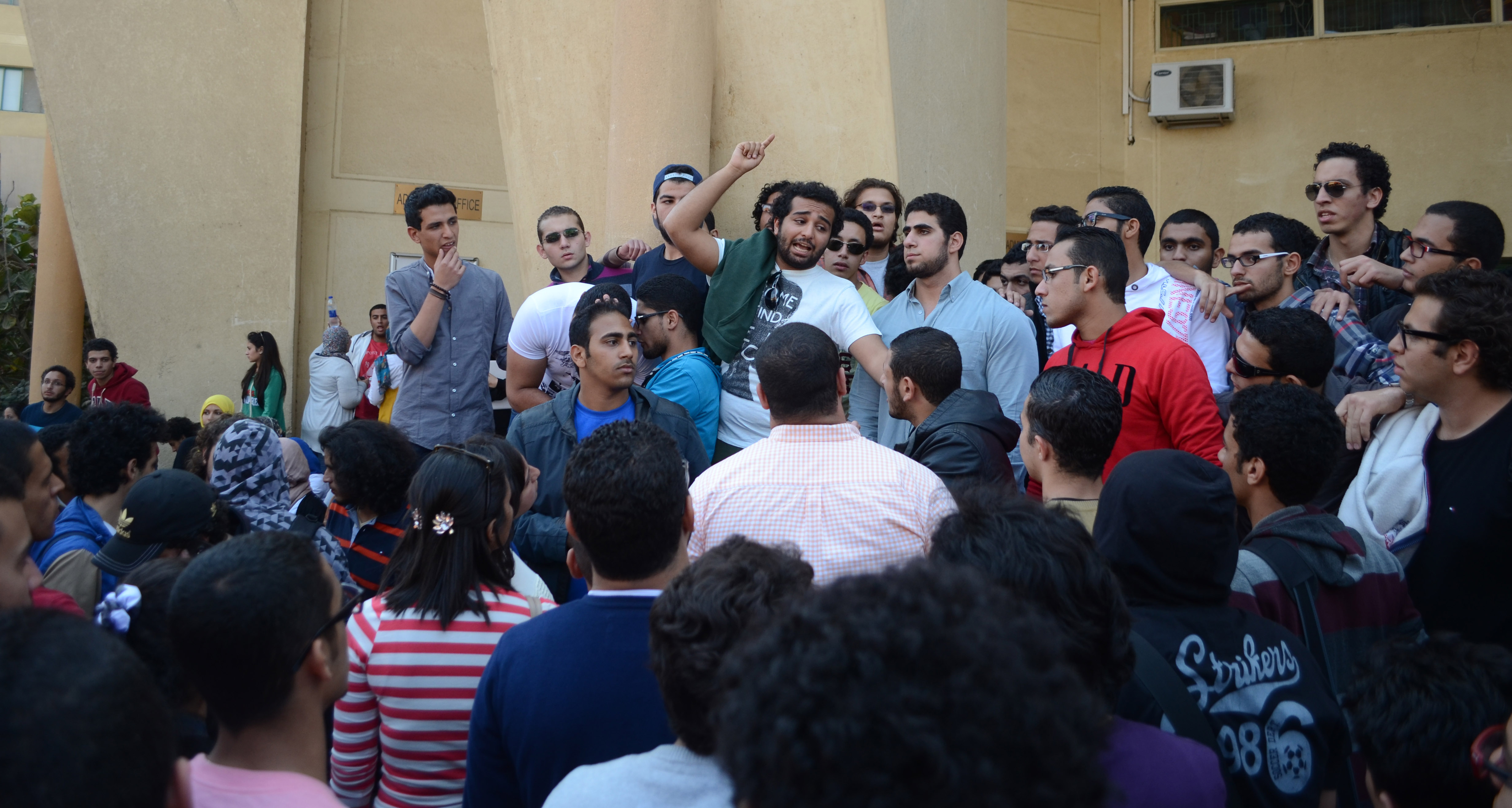 Tension between students and the administration at Misr International University (MIU) over road safety measures reached a peak on Monday.

“The protest marched around the university and then headed outside the gate to bring the suspended students inside,” said Mustafa. After skirmishes with the security personnel, almost eight students ‘temporarily suspended’ were able to enter the campus. Fearing possible clashes, the university administration summoned the police, said University Deputy Chairman Hamdy Hassan. A police truck entered the university campus but swiftly exited, and police personnel did not deal with students.

The students were referred to investigation after they rallied outside Hassan’s office on Sunday while protesting “road safety negligence”. Hadeer Mohsen, an MIU student, was hit by a car outside the university on Saturday while attempting to cross the road, adding to a number of similar incidents.

“The university allocates a shuffle bus which transports students from one side of the highway to the other,” said Hassan, adding that the buses leave every 15 minutes. “The bus driver asked Mohsen to get on board, yet she was in a hurry so she decided to cross the road.”

Mohsen was transferred to hospital, where the bill was paid by the university, according to Hassan.

In Sunday’s protest, students demanded a pedestrians’ bridge outside the university gate to prevent accidents. Protesting students marched to Hassan’s office to put forward their demand. They claim to have been stopped by the security personnel.

“We have a video of Hassan asking the security personnel to beat anybody who tries to move forward,” said Bassem, another MIU student who preferred to withhold his last name. “In another video, Hassan threatens to kill any student who approaches his office.”

Hassan denied these claims. “I told the protesting students we could meet in one of the lecture halls; my office was too small to fit us all in,” he said, adding that there were between 70 and 100 protesters. “They insisted on coming into the office, so I asked the security personnel to prevent them from breaking into the office, giving them clear instructions not to beat any of them.”

Hassan said that after this incident, the university chairman referred the students involved to investigation. The students accuse the administration of arbitrarily suspending students. “We don’t even have disciplinary bylaws to resort to,” Mustafa said.

Another MIU student, Antoun Sameh, was hit and killed by a car outside the university in late December. Students held protests over the incident, which escalated until four students were temporarily suspended from university.