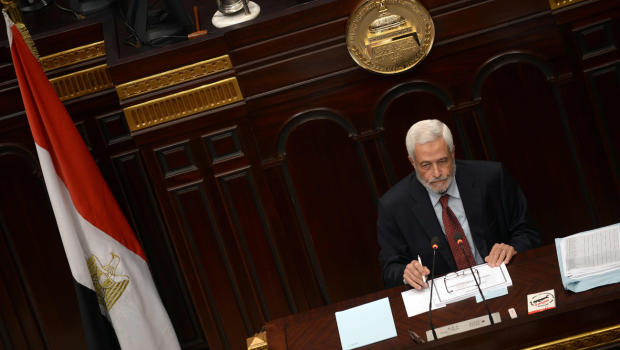 The National Council for Human Rights announced they would be sending recommendations to the legislative and executive authorities to improve human rights conditions in Egypt.

Hossam El-Gheriany, the chairman of the council, promised on Monday during a comference that these recommendations would be sent to the legislative and executive authorities as soon as possible. The conference was titled Egyptian Legislation in Light of International Criteria.

The conference was held to discuss the findings of the council regarding amending legislation in five areas including freedom of expression and the press, freedom of gathering and peaceful protesting, elections, unemployment and the right to employment, and slums and the right to housing.

The meeting was attended by Shura Council Speaker Ahmed Fahmy as well as representatives from the Spanish embassy.

During the conference, El-Gheriany said the council will soon publish a guide to explain to citizens how to “correctly” hold protests, strike and practice their right to civil disobedience. He added that the guide will be published in various media services.

The two-day conference will open discussions in order to formulate suggestions to amend the council’s recommendations. “We did not send out the recommendations randomly,” El-Gherinay told the conference attendees.

In addition to legislation, El-Gheriany spoke about Egypt’s current political crisis. He warned that the Egyptian people will either be ruled by an even more stern dictatorship than before the January 2011 Revolution, slip into chaos, or they have the option to “resort to transparent (ballot) boxes.”

El-Gheriany was chairman of the Constituent Assembly, the body that drafted the constitution.

Fahmy emphasised during his speech that in addition to legislation, the people must be educated about human rights and their awareness of their personal rights must be raised whether they are ordinary citizens, the ruling authorities, the police, or the military.

National and international rights groups had expressed concerns over some of Egypt’s draft laws including the draft protest law.