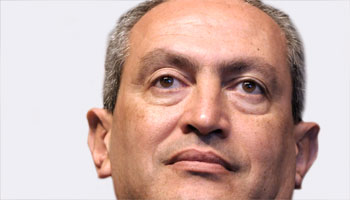 Orascom Construction Industries (OCI) confirmed  that  it  has  received  no  formal  notification  about  a  travel  ban  on  its  current  Chairman  and  Chief Executive Officer Nassef  Sawiris  and  former Chairman Onsi  Sawiris  pending  confirmation  of  allegations  of  tax evasion in Egypt, through a press release issued on Monday.

The statement came in response to articles published by several websites commenting on recent statements from several identified and unidentified sources within the Egyptian government.

The Middle East News Agency (MENA) said on Sunday that a judicial source had said the Prosecutor General Talaat Abdallah decided to put both Onsi Sawiris, chairman of OCI, and Nassef Sawiris, the CEO of the company, on the travel ban and access entry lists.

The source clarified, according to MENA, that the prosecutor general’s decision came in light of a request by Minister of Finance Al-Morsi Hegazy to the public prosecution to open a case and investigate the alleged accusations of evading EGP 14bn in taxes on a Lafarge deal that achieved EGP 68bn in profits.

The company said in accordance with Paragraph 8 of article No 50 of Law No 91 of 2005, that all capital gains resulting from the sale of shares listed on the Egyptian Exchange (EGX) are tax exempt. Consequently the sale of OBMH to Lafarge SA in 2007 is exempt of any capital gains tax.

On 13 January 2013, and  in accordance with  the aforementioned  law,  the company filed an appeal with  ETA’s  Appeal  Committee  challenging  the  claim  in  Tax  Form  19. Such an appeal is permitted under Article No. 119 of Law No. 91 of 2005. At present, the appeal is under review by the committee.

OCI confirmed that it was confident of its tax position and that it did not violate any laws pertaining to the sale.

The company said it was presently awaiting the Egyptian Tax Authority’s Appeal Committee’s final decision and that it will publish updates in due course.

In his statement, Saeed wondered how a tax can be imposed on an operation that took place five years ago and after issuing a new tax law, and how someone can be banned from travelling while filing an appeal challenging the tax evasion claim, with no final verdict regarding this issued yet.

News of the travel ban drove the stock market’s main indicators down; the EGX30 fell by more than 126 points hovering under the 5,400 points level in Monday’s session.