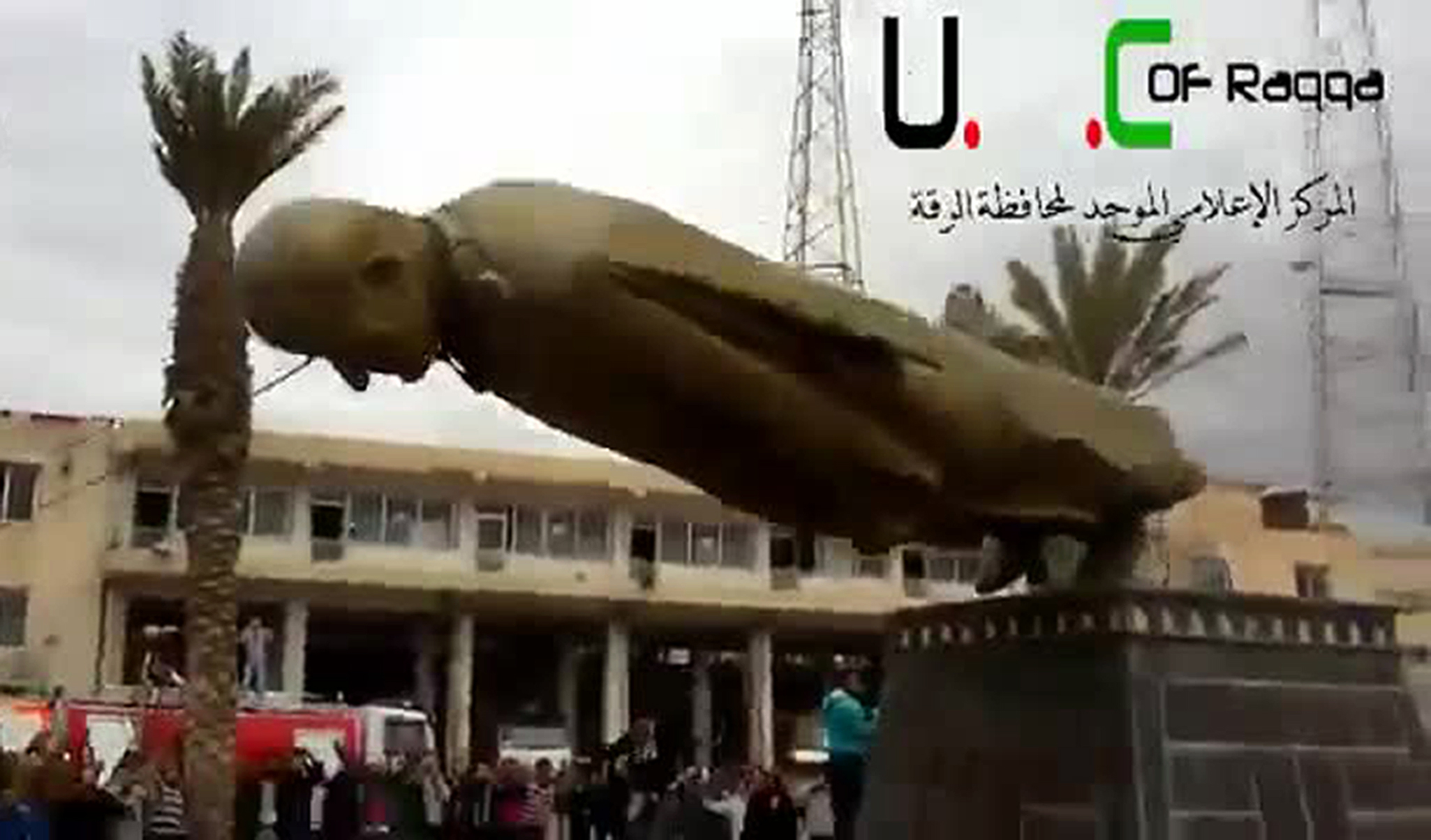 (AFP) – Syrian rebels battling troops loyal to President Bashar al-Assad overran Raqa on Monday after days of fierce fighting, and were now in “near-total control” of the northern city, a watchdog reported.

“This is the first provincial capital in Syria where rebels have made such progress. They now have near-total control of Raqa city, except for some regime positions, including the military security and Baath party headquarters,” Rami Abdel Rahman, the director of the Syrian Observatory for Human Rights, told AFP.

According to the Observatory, Al-Nusra Front jihadists fought alongside other rebel groups in the battle for the northern city, strategically located on the Euphrates River near the Turkish border.

In Raqa, residents destroyed a statue of Assad’s father and predecessor Hafez, according to amateur video footage distributed by activists.

The Observatory reported that a police chief was killed and two senior security officials captured by the rebels.

“Rebels took the state security chief to Turkey,” Abdel Rahman said, noting that the road linking Raqa to Turkey, including the border crossing at Tal al-Abyad, was under rebel control.

Raqa was once home to 240,000 residents, but some 800,000 people forced to flee violence in other parts of Syria have sought shelter there ever since the start of the conflict.

In recent weeks, rebel fighters cut off all the army’s supply routes leading to the city and escalated their attacks on checkpoints and other regime positions.