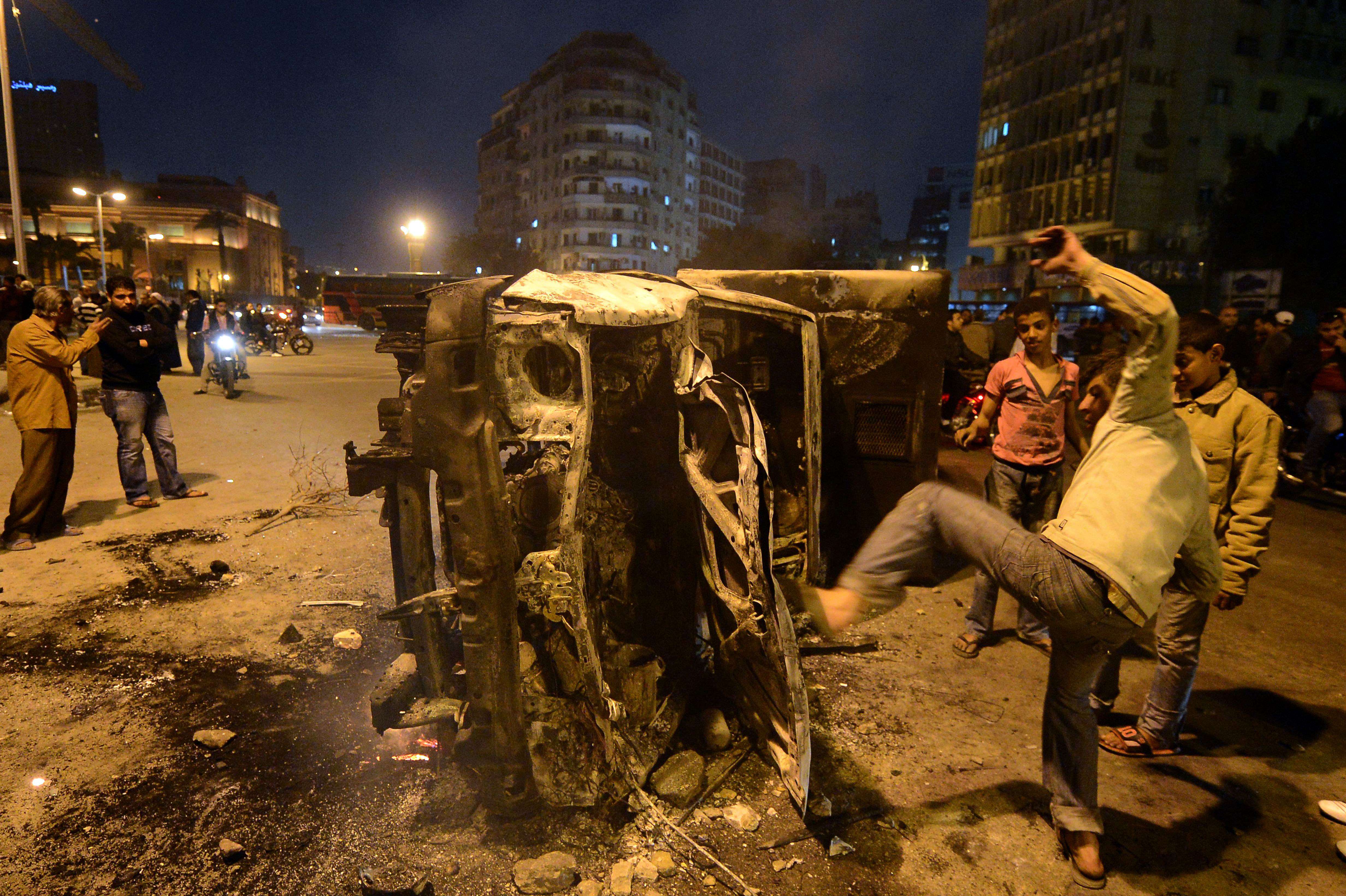 Prosecutors ordered on Monday the release of 12 out of the 71 protesters arrested by police from Tahrir Square on Sunday.

The detained protesters included six children who have all been released and handed over to their parents, lawyer Ahmed Ezzat, head of the legal unit at the Association for Freedom of Thought and Expression, told Daily News Egypt.

Six adults were also released on bail, leaving 59 detainees who were questioned by prosecutors on Monday, said Ezzat.

They are being accused of possession of firearms, shotguns, teargas canisters, ammunition, knives, and Molotov cocktails.

Central Cairo Attorney General Hamdy Mansour said they would be charged with resisting the authorities and illegal possession of weapons.

One of those released on bail was Mohamed Alian. The elderly Alian, who holds the nickname “the father of the revolutionaries”, has been an ever-present figure in Tahrir Square demonstrations for the past two years.

Police arrested 71 people from Tahrir Square on Sunday morning after breaking up a weeks-long sit-in.

Dozens of protesters gathered on the Qasr Al-Nil Bridge in response, blocking the bridge and setting tyres on fire.

Police were able to reopen the bridge and clear the tyres with the help of civil defence units without making any arrests.

More people began gathering in the square again during the afternoon, which led to clashes with police who retreated to Mohamed Mahmoud Street and launched teargas canisters against the protesters.

Security forces made more arrests on Sunday night. The Egyptian Social Democratic Party released a statement saying its youth were there to witness the clashes.

According to the party’s statement, the clashes moved from Mohamed Mahmoud Street to the nearby Champollion Street where a police truck ran over some protesters, killing two and injuring 15.

Ezzat said the lawyers working on the case were still unable to determine how many people were exactly arrested and could not confirm reports that two people were killed.