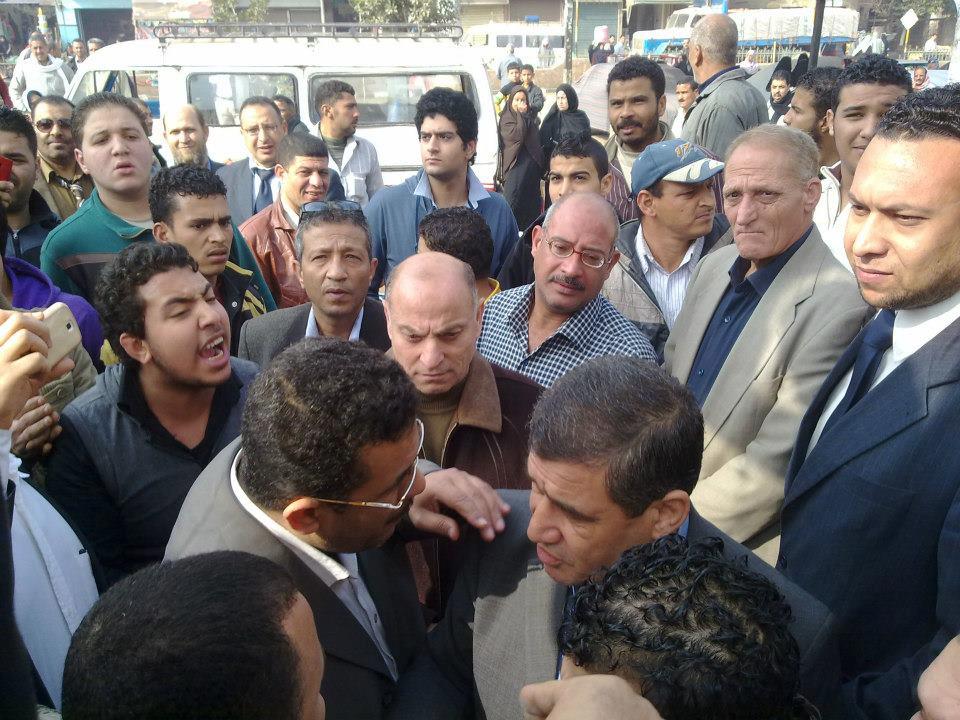 Over 400 protesters from the Alliance of Revolutionary Forces in Belbes took to the streets on Monday evening demanding the resignation of Mayor Hassan Deba, a member of the Muslim Brotherhood, according to Ahmad Shabaki, a member of the Al-Dostour Party in Belbes.

Shabaki said that Deba is unqualified to handle Belbes’ problems, including water and electrical infrastructure issues.

“He has been completely unable to address any of our problems,” said Shabaki. “We keep coming to him with issues and he asks, ‘What do you want me to do? Tell me what I can do?’ And we say ‘Just leave!’”

On Tuesday, around 600 protesters gathered in the street outside Deba’s office to prevent him from entering the building and calling for his resignation, Shabaki said.

Ahmad Aref, official spokesperson for the Muslim Brotherhood, said that they had not yet confirmed whether the rumours of civil disobedience were true and therefore could not comment on the alleged demands for Deba’s resignation.

Shabaki said that until their demands were met, the Alliance would continue to stage peaceful protests.