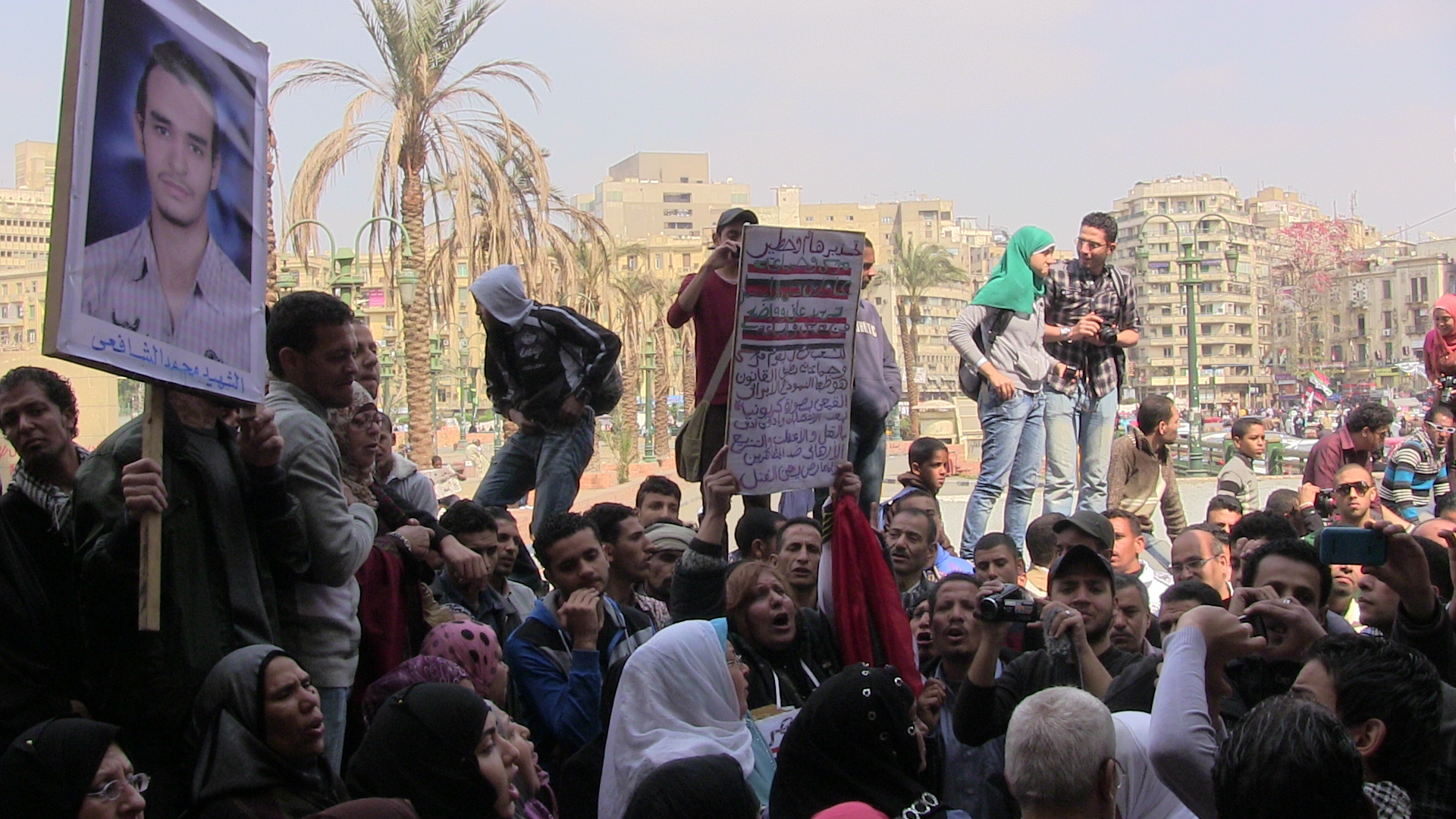 El-Shafaai had disappeared on 29 January during clashes between protesters and security forces in Downtown Cairo. His family found his body on 26 February in a morgue. The final report for his death stated that he succumbed to wounds inflicted by birdshot in his head and left chest, according to state-owned Al-Ahram.

People outside the mosque chanted against President Mohamed Morsi and the Muslim Brotherhood holding them responsible for the deaths of El-Shafaai as well as other activists. Various revolutionary and political activists participated in the funeral.

The mother of activist Mohamed Al Ayedy, Om Mohamed, told Daily News Egypt that she accompanied El-Shafaai’s mother to search for both their sons. “I found my son, who was arrested for charges of assault and rioting, but we later learned about El-Shafaai’s death,” she said with tears.

During the time of the funeral prayers, a protest organised by Nation Without Torture campaign took place outside the Forensic Medical Authority calling for retribution for the protesters killed as well as the prosecution of Ihsan Kameel, head of the authority, for allegedly forging medical reports, according to Hend Nafea, one of the founders of Nation Without Torture.

Protesters demanded to have the forensic institution separated from the Ministry of Justice as well.

“What happened with El-Shafaai proves that there is an agreement between the forensic authority and the regime to hide the corpses of victims of police brutality,” Nafea added.

El-Shafaai’s family stated they plan to transfer his body to his hometown of Kafr Saad in Damietta where he will be buried.

Popular Current members will hold another funeral for El-Shafaai in Kafr Saad once his body arrives, stated activist Ehab Ghabashy.

Activist Alaa Abdel Fattah said some human rights organisations, including Nation Without Torture, are organising a demonstration in front of Lazoughli Square to protest against what she called violations committed by the Ministry of Interior.