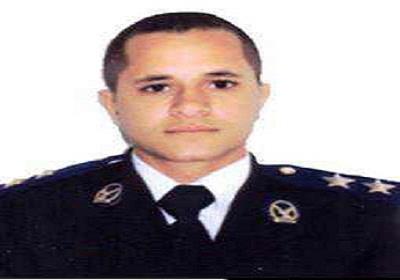 Lieutenant Mahmoud Nassef died in the early hours of Tuesday after he was shot while trying to arrest the culprits of a bank robbery attempt.

Nassef, who was the head of the patrol force in the Masr Al-Qadeema police department, received information that masked men were trying to rob an Al-Ahly Bank branch in Masr Al-Qadeema. Nassef and a team of police officers went to the scene of the reported robbery.

Upon arriving at the bank, the masked men fled the scene. After chasing the men on foot, Nassef saw a car on the side of the road with two people inside. When he approached the car, one of the two people inside shot him before fleeing the scene.

The car was later found parked next to Al-Fustat Park. Police impounded the car and the prosecution has been notified of the incident to begin investigations.

Funeral prayers for Nassef were held inside the police mosque after which dozens of police officers temporarily blocked Salah Salem road, an essential traffic artery, in protest of the death of their colleague. Shortly after, a traffic police official managed to reopen the road, state-run Al-Ahram reported.