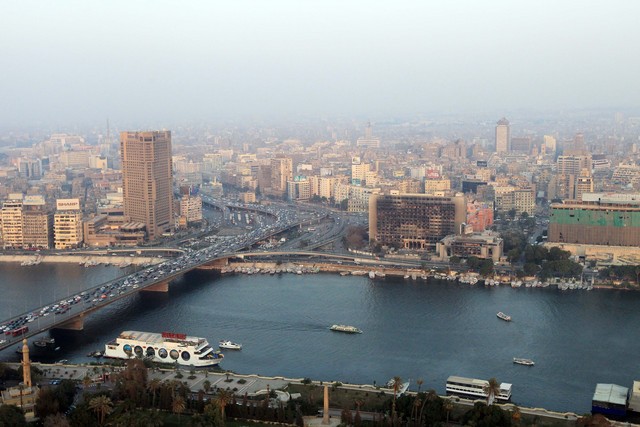 RIS are electronic traffic management systems that can determine the real-time position of river ships electronically, through data transfer between water and shore.

“The mobile phone carriers are offering a technical system to transfer this data via SIM card waves,” said Adel Moustafa, the head of the central administration of technical affairs at the RTA, to Daily News Egypt.

“We have received different offers,” he continued. “One of them is from the mobile companies and which will use SIM card technology; the other operates via RHF [Radio High Frequency] through a VHF [Very High Frequency] system.

VHF is generally used for a wide variety of purposes, including rescue services, communicating with harbours, locks, bridges and marinas. It operates on a frequency range, between 156 MHz and 162.025 MHz.

“The armed forces are the only authority with the right to permit the execution of this project or not,” Moustafa said.

He added that the project, whether operated via radio waves or SIM card waves, will work through a system whereby electronic equipment will be attached to river ferryboats.

This equipment will enable the specification of the boats’ paths and positions through the waterways of the Nile River.

“The project is expected to be funded by an Austrian loan worth €9.2m,” said Moustafa.

The RTA has now ended the first phase of the project by receiving an initial shipment of the equipment to be used with a net cost of €3.23m. The second phase is awaiting approval from the armed forces, “because it’s a security issue”, explained Moustafa.

“The main aim of this project is security for the boats, especially after buoys have been stolen many times” said Moustafa.

Moustafa explained that the RTA has thus far been using these buoys to track the position and route of boats through the waterways, and that this will be replaced with the RIS system once it is fully completed. He further elaborated that incidents of their theft placed boats in danger.

He also confirmed that the European Union (EU) is currently aiding “the whole Ministry of Transport with technical knowhow and funds”.

Furthermore, the RTA has been offered a bid worth about EGP 800m to fund the process of dredging the navigation pathways of the Nile River in order to improve the movement of the boats.

The tender winner will be declared by next week, confirmed Moustafa. Those bidding for the dredging contract include among others The Arab Contractors, the Temsah Company, and Karakat Holding.