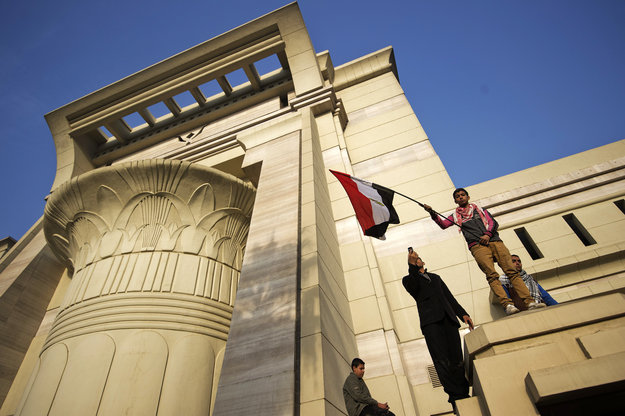 The Arab Centre for the Independence of the Judiciary and the Legal Profession (ACIJLP) published its annual report entitled “An attack on justice in Egypt” on Tuesday evening. The report focuses on confrontations between the judicial, executive and legislative authorities, as well as violations regarding the independence of the judiciary.

ACIJLP said in their report that the judiciary must not be compromised, and that its members should be allowed to structure their own organisation “within the scope of freedom of assembly and free speech” according to international standards adopted by the United Nations.

The report mentions several infractions over the past year, which ACIJLP says amount to “the worst attack on the judiciary in 60 years,” adding that the current attempt at judicial reform by the government is “an attempt to control the judicial institution, not repair it”.

The judicial reform in question relates to Morsi’s removal of the previous Prosecutor General, replacing him with a new presidentially-appointed head without consulting the judiciary. By law the Supreme Judicial Council should pick three candidates for the top position, at which point the president must choose one of the three.

The report said 2012 was rife with prejudice towards the judiciary, including “threats to judges and their right to life in order to prevent them from carrying out their duties”.

Such threats include attacks on prosecutors by civilians, as well as the practice of referring civilians to military courts and Morsi’s decree last November, which placed his decisions above judicial scrutiny.

To right such wrongs ACIJLP recommends steps be taken to repeal and amend all articles in the constitution dealing with judicial affairs. Such a move, ACIJLP said, would lead to the end of abuses the judiciary has suffered and would ensure its independence in accordance with international standards.

Other suggestions include giving the judiciary the power to determine the constitutionality of laws, recognising the competence of the Supreme Constitutional Court without exception, and the abolition of the president and the minister of justice’s authority over matters related to legal justice. “The role of the Ministry of Justice should be to coordinate between the executive and the judicial authorities,” the statement said.

ACIJLP also demands the immediate cessation of military trials for civilians and the removal of the current Prosecutor General Tala’at Abdallah to make way for the Supreme Judicial Council to follow the correct protocol.

Tharwat Bedawy, a former member of the Supreme Constitutional Court, disagreed with the ACIJLP report, saying the president was right to appoint Abdullah to the post. “The removal of the old Prosecutor General was one of the key demands of the revolution,” he said, adding that the Supreme Judicial Council had no right to field candidates.

Bedawy said attacks on the judiciary have been blown out of proportion.