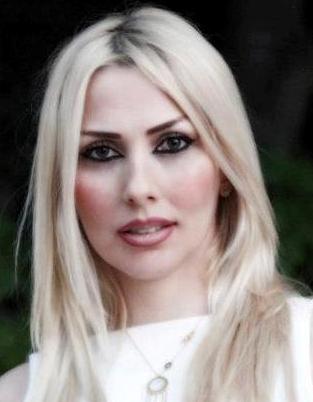 In watching the disorder on Syria that has lasted for two years and cost 70,000 lives, people have always asked, “What is Assad doing?” They believed the problem could be resolved with a single decision from Bashar Al-Assad. They imagined he was alone in his character of dictator.

Assad is not alone. He is simply the dictator at the top. Marxist regimes always push a dictator to the fore, and these are always very powerful in the public eye. But they also impose the existence of powers behind the scenes that actually run them. We call that the secret state.

Syria is a country that combined Marxism and fervent Arab nationalism, like other Arab countries in the region, to produce Arab socialism. The savagery imposed by Marxism and the racist rage that shaped pan-Arabism are now being exposed naked to the eyes of the world. What is happening is not a surprise.

Marxist organisation requires a secret state. There has never been a Marxist administration without one and neither is Syria without one. That secret state draws support from a very powerful ally: Russia. To put it another way, the problem in Syria is not Assad, but is directly associated with Putin. If Putin withdraws his support, the disorder in Syria will come to an end in a moment.

When Russia, together with China, used its veto to block UN Security Council decisions on Syria, it was exposed to much condemnation.

Some people have ascribed Russia’s support for the Assad regime to Moscow’s romantic attachment to the Ba’ath Party. But that is an extraordinarily illogical claim. Putin is the most innovative, liberal and acceptable leader to come to power in Russia. He is far too intelligent to support the slaughter in Syria because of a romantic attachment. We need to grasp the root of the problem. Russia is afraid. But is that fear unjustified? Not at all.

Syria is both a good ally for Russia and a valuable country for Russia’s protection. The departure of the Assad regime under Russian control could lead to the arrival of an opposition under Western control. That is a great danger for Russia. Russia thinks it would be isolated and lose its military base in Tartus, Syria’s second-largest port, and it cannot risk that loss.

That danger needs to be overcome and the opposition parties in Syria need to give Russia a guarantee: “We will not leave you alone,” “We will continue to be your ally” and “Your military base will remain the same”.

Its second great fear is radicalism. Putin is afraid of a radical administration replacing that of Assad. Indeed, that is a serious danger for all the countries in the region, not just Putin’s Russia. Radicals spreading hatred under the name of Islam and savagery under the guise of Sharia would be a disaster for the region.

The greatest danger with radicalism, that rejects the love, friendship, brotherhood, modernity and democracy in Sharia in the Qur’an, is that it applies lovelessness, barbarity, hatred and rage in the name of Islam. They have, to date, inflicted terrible damage on both Islam and the West. They are the root cause of Islamophobia and the reason for the oppression of the Islamic world.

Of course the presence of those who portray Islam, a religion of peace and love, as one of violence and hate is a great danger for Putin. He is considering these threats. He is not so naïve as to turn a blind eye to slaughter because of a romantic attachment.

One important path is for the Syrian opposition to introduce itself to Putin and give him guarantees. But the real guarantee for Putin will be the establishment of stability in the region that will guarantee support for Russia and remove any need for Western control. This might look difficult, given that all countries in the region are unstable, but that is not so.

A union between Egypt, a powerful country trying to achieve stability, and Turkey, an Islamic country that has long enjoyed stability, is growing fast economically and serves as a magnificent bridge to the West, will give rise to a great force in the region. Bearing in mind the existing Egyptian regime’s good relations with Erdogan, there is no reason for this not to happen.

These two countries must become a decision-making mechanism that takes essential decisions in the region and prove they are a union of love by first of all opening up their borders. Visa and passport requirements must be abolished for easy passage across the borders. Then they must talk about two important matters: how Islam teaches democracy, love, and unity, and the elimination of weapons of mass destruction.

The two countries deciding to act as one, expressing their opposition to radical elements, trusting on another enough to open their borders up and making increasing progress in areas such as tourism will inevitably spell the birth of a great power in the region.

This will be a great guarantee for Russia. The newly emerging regime in Syria will be under the control of this new union, not of the West. Western dominion, the first fear, will cease to apply at this point.

Later on, statements by Turkey and Egypt in a brotherhood pact that they are opposed to radicalism and policies following that line will eliminate the second fear. This means that radical elements will be unable to go anywhere near Syria. Following these guarantees, Russia will inevitably join the brotherhood pact.

The Middle East needs a rational and logical force. Once there is that force, neither radicalism nor Western intervention nor the damaging effects of Marxism will be able to affect the region. Force can only come from togetherness. If we want these problems to be resolved we have to be united. Otherwise, Allah may make good His warning:

… If you do not act in this way there will be turmoil in the land and great corruption.(Surat al-Anfal, 73)

The writer is a commentator and religious and political analyst on Turkish TV and also a peace activist. She is the Executive Producer and a host of the Building Bridges Show (http://bit.ly/UfTuVf) and writes as an op-ed column for the Washington Post, the Jerusalem Post, Moment Magazine, IslamOnline, Gulf Daily News and Haber Hilal in Turkey. Her FB page: https://www.facebook.com/kocaman.aylin