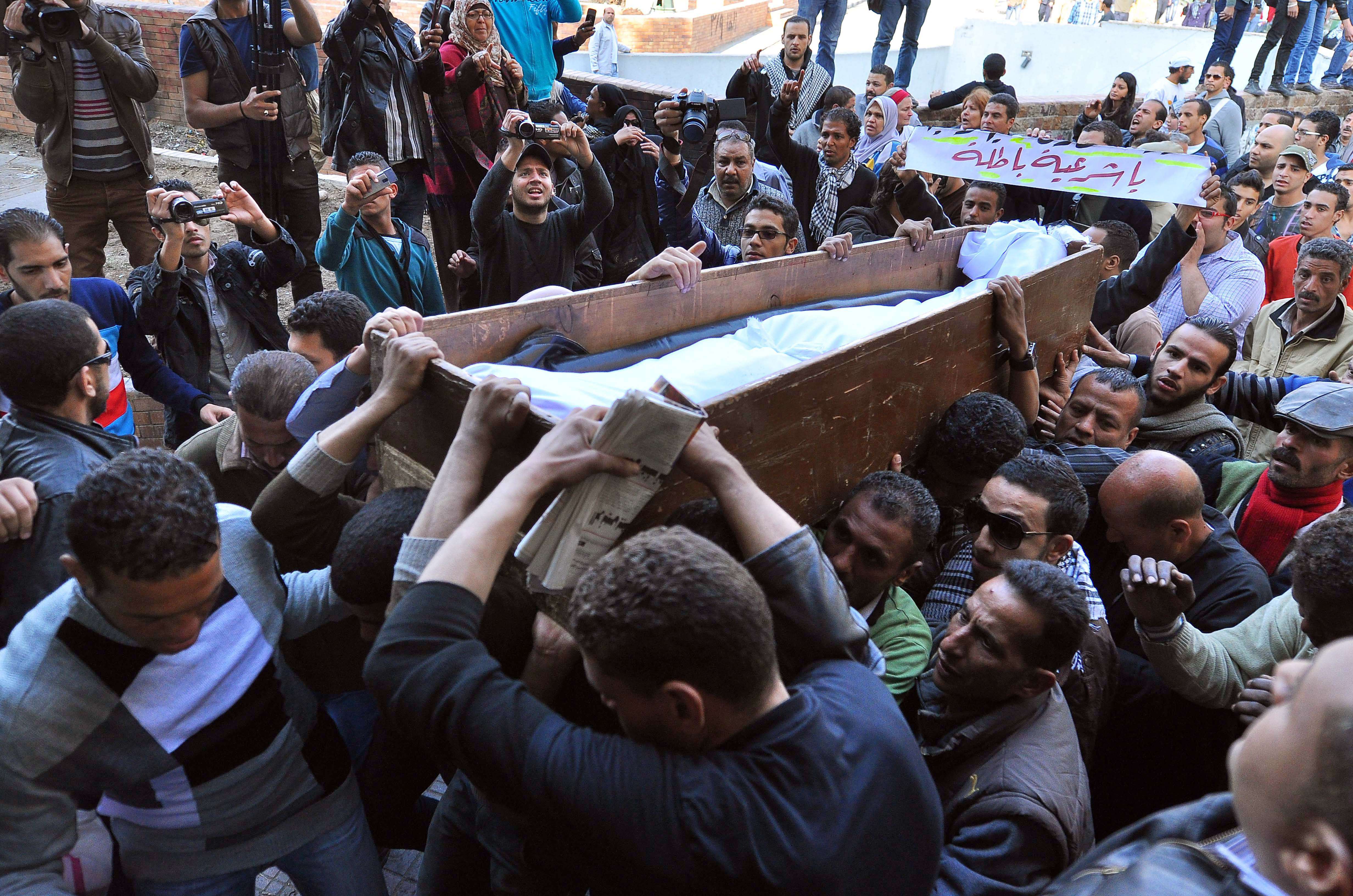 A group of Damietta residents took out their anger on banners of the Freedom and Justice Party (FJP) headquarters during Mohamed El-Shafaai’s funeral on Tuesday.

El-Shafaai’s body was found at Zeinhom Morgue last week. He had been missing for almost a month.

“As El-Shafaai’s body approached his hometown, Kafr Saad in Damietta, large numbers of families gathered to join it,” said Abu Samra, adding that participants numbered in the thousands. He stated that the procession participants smashed the FJP banners to express their anger.

Tayseer Abdallah, FJP member of the Shura Council from Damietta, denied that the party headquarters was attacked. “There were only inappropriate chants as the funeral proceeded,” he said. Abdallah stated that on their way back from the cemetery, a few funeral participants, mostly belonging to the Popular Current, scaled the headquarters building and took down the banner. “They set the banner ablaze, but they didn’t attack the headquarters”.

El-Shafaai had disappeared on 29 January during clashes between protesters and security forces in Downtown Cairo, only to be found dead almost one month later. The final report of his death stated that he succumbed to wounds inflicted by birdshot to his head and left side of the chest, according to state-owned Al-Ahram.