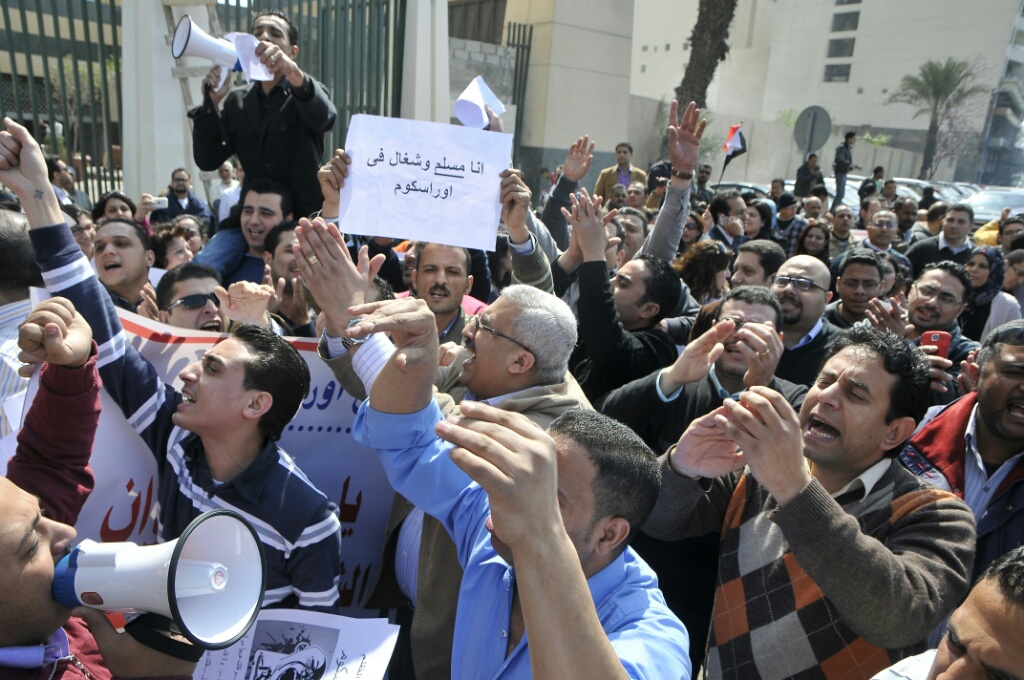 Orascom Construction Industries (OCI) announced on Wednesday in a formal statement that it has received notification from the Egyptian Tax Authority (ETA) to discuss on Sunday 10 March the alleged tax claim filed against the company.

Workers from the entire roster of Orascom companies staged protests against President Morsi and Muslim Brotherhood blocking the Corniche Road in front of the Nile City Towers in both directions from Shubra and Downtown.

Orascom workers expressed their anger over what they described as “a settling of religious and political scores” with Nassef Sawiris and his father Onsi Sawiris, “due to their refusal to sell the company to Khairat Al-Shater, deputy supreme guide of the Muslim brotherhood.

The workers accused the presidency of applying pressure on the Sawiris family to carry out layoffs in an effort to sell the group cheaply in favour of Muslim Brotherhood businessman Khairat El-Shater”.

The workers unfurled banners saying “Morsi-Style”, “Onsi and Morsi don’t mix”, and “don’t cut our bread”, and chanted “workers are not Christians only; Muslims and Christians live from this company”.

Economic expert Dr Rashad Abdo said that in principle actions such as these travel bans harm Egyptian investments “at a time when we are badly in need of foreign investments”.

“The question now is why this guy? Why is the Egyptian government causing ‘a revolution of the hungry’?” Abdo asked.

“The political and economic situation does not need further tension,” he added. “The Egyptian government must address and resolve these problems; otherwise, foreign investment will shy away from the Egyptian market, if this is what we do to our local investors.”

“The government must study its decisions before issuing them,” he said. “They must deal also with problems of transparency”.