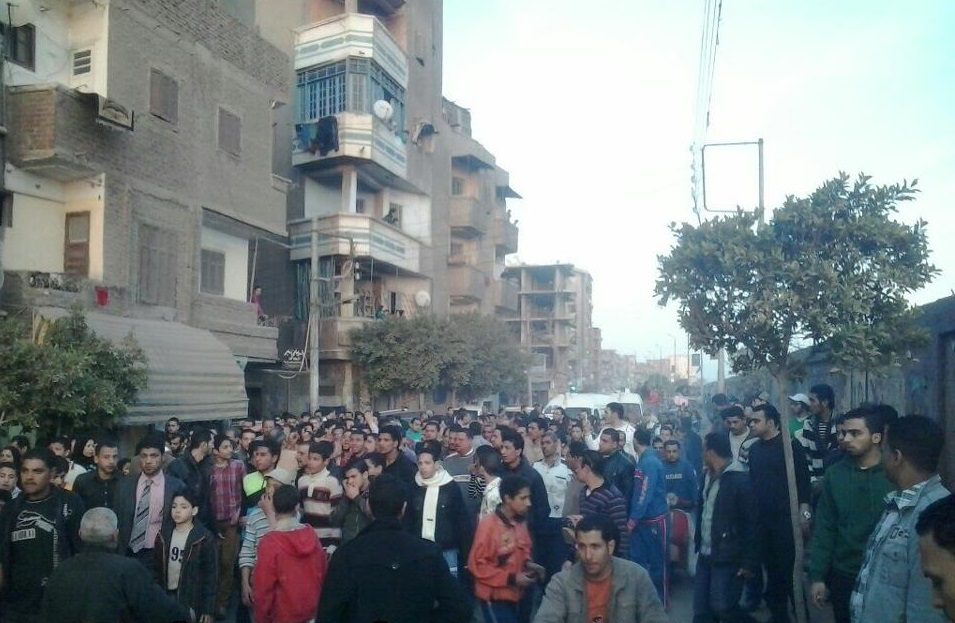 Acquaintances of a family killed by the police on Tuesday held a protest in Al-Shoon Square in Mahalla on Wednesday, calling for the punishment of police officers who killed the family.

The group performed the funeral prayers for the family before they headed to the square, said Mohamed Abdel Wahab, spokesperson for 6 April Movement in Mahalla.

Police officers opened fire at the family as they approached a security checkpoint in Mahalla-Samanood road, leaving the whole family dead. Police were looking for a stolen vehicle similar in description to the family’s car.

Mahmoud Haroun, activist and resident of Mahalla, claimed that police opened fire on the car instantly as it came within range, without warning the driver or asking him to stop. Abdel Wahab affirmed Haroun’s claims.

The four killed were two parents, one of their sons, and a relative.

Haroun said the family owns a farm in one of Mahalla’s villages, where they were heading when they were shot by police. He said eyewitnesses told him they saw more than 100 bullet casings at the scene of the incident.

The activist said police did not leave the checkpoint after killing the family, and claimed they were not referred for investigations until Wednesday evening. Abdel Wahab affirmed Haroun’s claims.

Eyewitnesses called ambulances, which arrive after 45 minutes to collect the dead, according to Haroun. The other son of the dead parents was among eyewitnesses, Haroun alleged.

The bodies were transferred to Samanood Hospital and prosecutors had begun investigations into the incident.