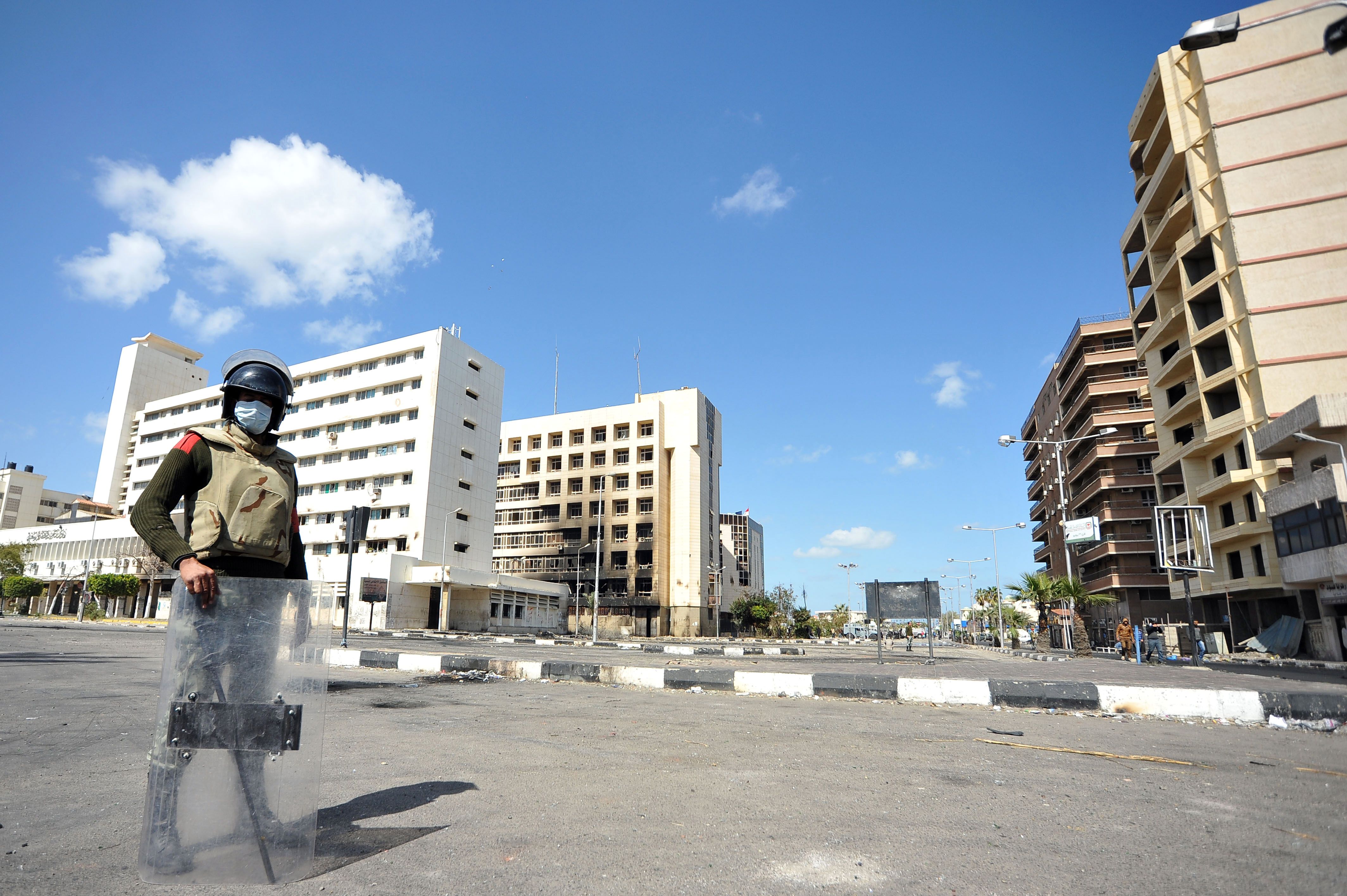 Gad Al-Haq was the deputy police chief. Radi has been moved to the Prison Administration. This development follows days of deadly clashes between Port Said residents and police forces that have left at least six protesters dead.

Meanwhile clashes near the Port Said Directorate of Security broke out again at noon on Wednesday after violent clashes took place overnight. For the third night in a row, a fire broke out in a security building belonging to the police.

Activists reported that the clashes overnight were very violent.

On Wednesday, the military spokesperson released a statement denying that the military has enforced a curfew in the vicinity of the security directorate, the site of most clashes.

One protester’s head was seriously injured after a teargas canister struck him on the face, state-run Al-Ahram reported. He is in a coma in a hospital in Ismailia. At least six people were killed and hundreds injured as a result of continued clashes.

Activist Mahmoud Qandil reported that skirmishes took place outside the Sharq police department, next to the prison where the remaining defendants in the Port Said trial are being held.

Military and police officials in Ismailia are currently securing the prison that will host the 39 prisoners until 10 March. After the sentence, the prisoners will be moved back to Port Said.

Over 70 people are being tried in the Port Said trial for their involvement in the deaths of over 70 football fans in February 2012. The final verdict will be issued on 9 March.

Since last week, the residents of Port Said have been handing in signatures calling on the army to manage the affairs of the state. Activist Nasser Al-Boghdady set up a proxy notary because the official notary office shut down on the day people attempted to hand in their signatures.

He says he collected at least 13,600 signatures.

The military spokesperson also released a statement on Tuesday denying that the army has been tasked with securing the city.