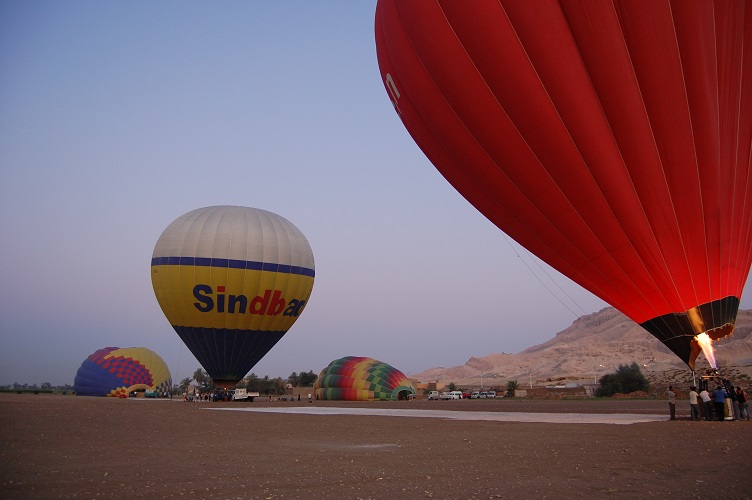 Thurut Al-Agami, president of the Travel Agencies Chamber in Luxor, stated that average daily losses for hot air balloon companies in the area have reached $60,000 since the recent accident leading to the death of 19 passengers, which prompted the government to demand that the sector shut down its services.

He added that on average companies in Luxor organise nearly 30 trips per day with roughly 20 customers per trip, each lasting two to three hours. He added there are nine primary companies that employ a total of anywhere between 300 to 1,000 people.

The balloons are known for attracting high-paying tourists. A two hour balloon trip costs approximately $100, while prices for special trips lasting two hours or more can cost as much as $500.

Muhammad Hussein, salesman for the Hadhad Suleiman Hot Air Balloon Company, stated that the company on average hosts three trips per day, going up to four during busy tourist seasons.

The suspension of hot air balloon flights is expected to continue as Egypt’s airline authority is conducting investigations into the crash.