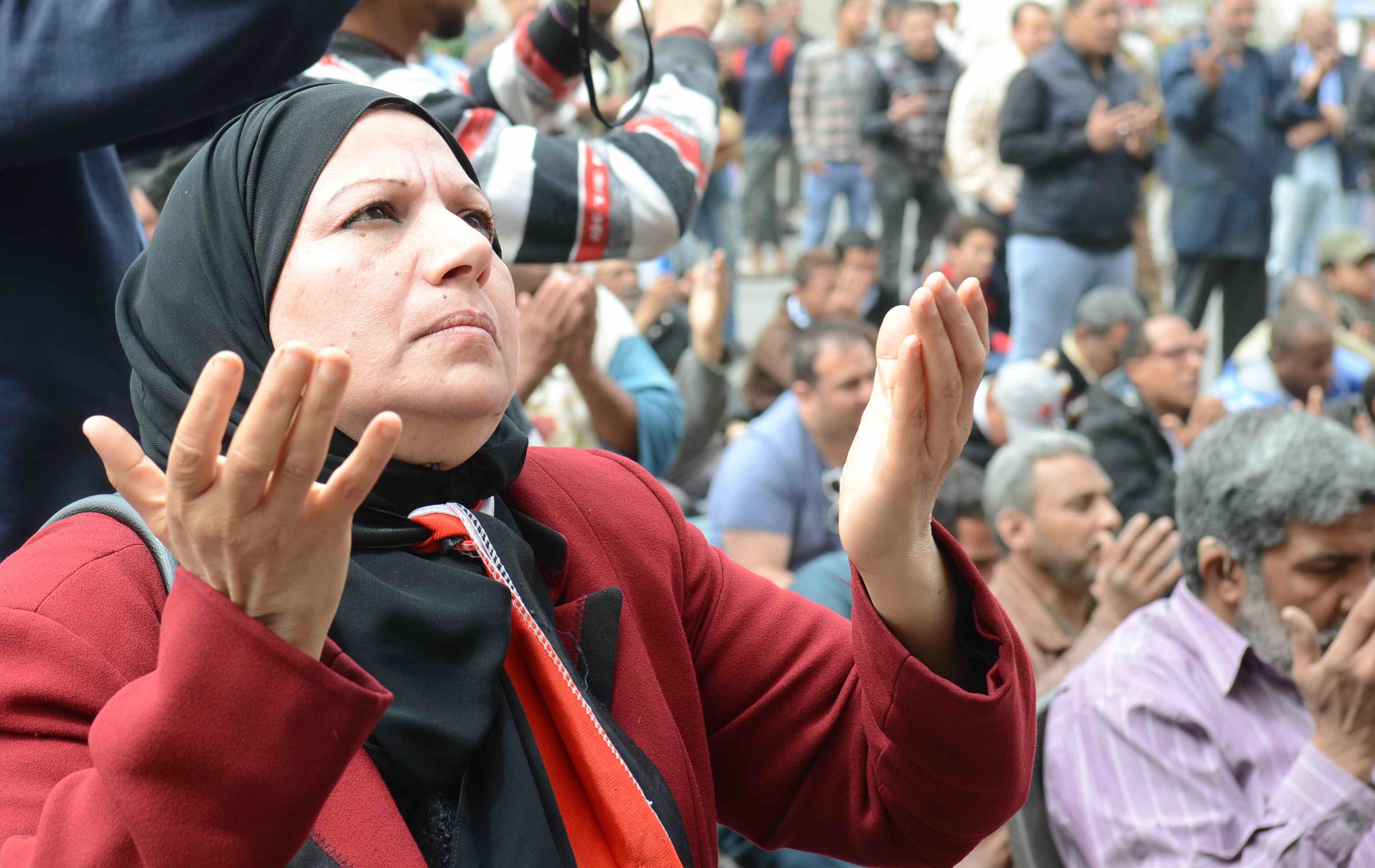 Friday saw modest protests against President Mohamed Morsi and the Ministry of Interior in the Delta and Lower Egypt regions as well as Cairo and Alexandria. Upper Egypt, however, remains quiet.

Protesters marched through Kafr El-Sheikh city in Kafr El-Sheikh governorate from the Rahma Mosque in the west and the sports stadium in the east, holding up loaves of bread signifying their dissatisfaction with the state of the economy.

They also chanted against Saad El-Husseiny, the governor of Kafr El-Sheikh, the Muslim Brotherhood Guidance Bureau and the Ministry of Interior, although they avoided gathering by the security directorate where Central Security Forces (CSF) conscripts and police NCOs are holding a sit-in, demanding the removal of Minister of Interior Mohamed Ibrahim.

The policemen are protesting against the use of the Ministry of Interior for the protection of the Muslim Brotherhood, they told state-owned news agency MENA.

In Downtown Cairo hundreds gathered in Tahrir Square demanding the removal of President Morsi and the handing over of power to Supreme Constitutional Court Chairman Maher El-Behairy.

Dozens of youth clashed with policemen on the nearby Qasr Al-Nil bridge and in Simon Bolivar Square near the American Embassy.

In Mansoura, the capital of Daqahleya, protesters took to the street again, surrounding the Daqahleya governorate security directorate. There have been no clashes with the police so far.

A march from Hossam El-Din Abdallah’s village began after Friday prayers. Abdallah was run over by a police armoured vehicle and killed in clashes between police and protesters earlier this week.

The march was protesting the release on bail of Corporal Mohamed Dawoud, the driver of the vehicle that ran over Abdallah, by a Mansoura court.

The Mansoura protesters directed their chants against the Ministry of Interior and President Mohamed Morsi, vowing revenge for Abdallah.

Calm was restored in Port Said following a week of non-stop clashes between protesters and police as part of a wider civil disobedience movement that has been ongoing for the past month.

Police forces have retreated from the Port Said security directorate and the rest of the city, with the military’s Second Field Army taking over security in the entire governorate.

Deadly clashes between police and protesters in Port Said have been ongoing since 21 men from the city were sentenced to death on 26 January for their role in the Port Said stadium massacre that left 74 Al-Ahly football fans dead in February 2012.

Port Said protesters have been gathering signatures to task the military and Minister of Defence/Commander-in-Chief of the Armed Forces General Abdel Fatah Al-Sisi with direct rule over the city.

In Ismailia and Suez police conscripts and warrant officers entered the fourth day of their strike demanding the removal of Minister of Interior Mohamed Ibrahim.

Clashes erupted in the Gharbeya city of Mahalla between protesters and police forces in front of the Second Mahalla Police Station, exchanging rocks and teargas canisters.

Protesters surrounded the station, calling for the removal of President Morsi and Minister of Interior Mohamed Ibrahim, and the end of Muslim Brotherhood rule.

Hundreds of protesters have also blocked the road leading to the police station and set fire to tyres.

The demonstrators called on the city to enter into civil disobedience and demand the removal of President Morsi and Minister of Interior Mohamed Ibrahim.