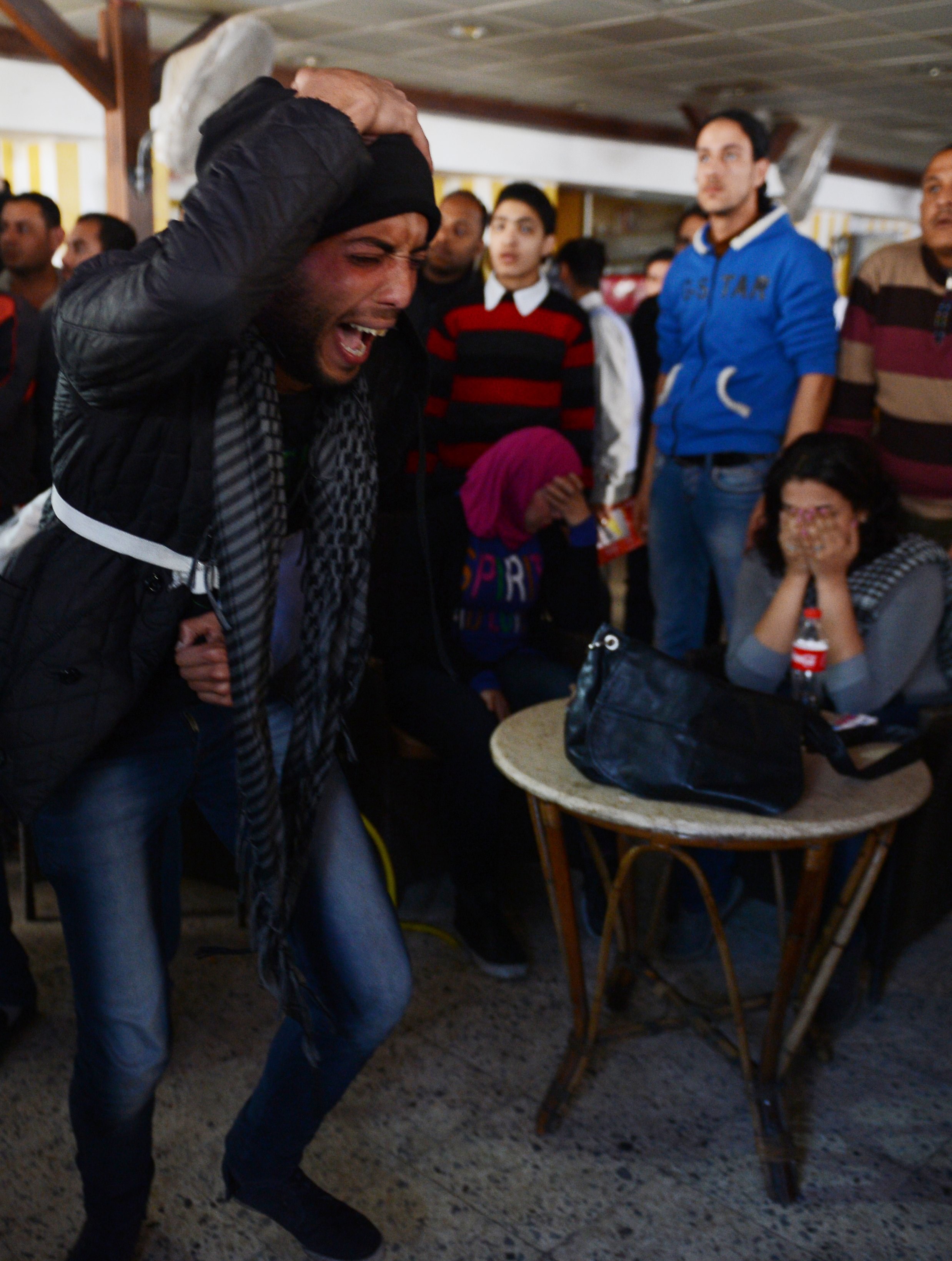 Protesters have reacted to the Port Said Criminal Court verdict by taking to the streets in Cairo and in Port Said.

The death sentence handed out to 21 of the defendants of the Port Said football massacre was ratified on Saturday during the case’s final session.

The defendants were sentenced to death for murdering 74 Al-Ahly football club fans after a football match in February 2012 and the sentences were referred to former Grand Mufti Ali Gomaa on 26 January.

The Prosecutor General has appealed the acquittal of the 28 remaining defendants.

The latest verdict has left both the Cairo-based Ultras Ahlway and the Port Said-based Ultras Green Eagles dissatisfied. They have both taken to the streets in objection to the verdict.

Ehab Fahmy, an official spokesperson for the presidency, told state-run MENA the presidency will not comment on the verdict, adding that court rulings are binding and must be respected. Regarding the events that followed the verdict, Fahmy added, a distinction must be made between peaceful protesting and vandalism.

He said the Ministry of Interior is still in control of maintaining security in the country after police withdrew from Port Said in the early hours of Friday.

Outside Al-Ahly Club in Gezira, thousands of Ultras Ahlawy members gathered on Saturday morning ahead of the verdict.

Following the verdict, angry protesters stormed the Police Club and the Egyptian Football Association’s (EFA) headquarters, located near the club, and set the buildings on fire.

The EFA announced that it is suspending football-related activities until further notice following the turmoil that left its offices in flames, reported state-owned Al-Ahram.

Hundreds of Ultras marched across 6th of October Bridge and back towards Al-Ahly Club across Qasr Al-Nil Bridge later in the afternoon. The group chanted slogans commemorating the 74 members killed in February 2012 in Port Said Stadium as they set off flares and blocked traffic.

The Ultras’ leadership released a statement following the verdict, saying that those behind the massacre were yet to be brought to justice.

“We will not be satisfied with only verdicts against hired perpetrators and criminals and only two verdicts on the ‘dogs’ of the Interior [Ministry],” read the statement.

The military utilised its own helicopters in an effort to extinguish the fires on the Cairo island of Gezira and managed to control the fire on Saturday afternoon with the help of firefighters.

Ibrahim Al-Sayad, a resident of the port city, said the people “reject the verdict and there is a state of anger in the city”.

Ultras Green Eagles released a short statement saying they will not give up on the rights of the ‘martyrs’ in the face of injustice.

The group called for an “important gathering” at the Port Said stadium, site of the massacre, at noon. By afternoon, the Ultras group had not yet decided what action to take.

Tarek Al-Kotty, a resident of the port city, said the people are “very upset….they feel oppressed”.

Khaled Saeed, another resident of Port Said, said the public reaction to the initial verdict was much faster. “There were widespread protests,” he said.

Port Said has been in turmoil since 26 January when the initial verdict was issued. Over 40 people have died in Port Said since the start of the violence.

Following a week of intense and deadly clashes between police and protesters, police withdrew from the port city in the early hours of Friday.  Protesters have pulled down the flag of the Ministry of Interior from the Port Said Directorate of Security.

Only the army remains in Port Said, securing the governorate building, security directorate and the Suez Canal.

Commenting on the verdict, human rights lawyer Seif Al-Islam Hamad said that “twenty-one death verdicts in one court case are a lot”. Hamad added that death verdicts are automatically challenged by the prosecution. “The case will be referred to the Cassation Court, which will refer it to a different court district if they suspect that the verdict is exaggerated.”

Shawky Ibrahim Abdel Karim Allam resumed reviewing the sentences after replacing Gomaa on as Egypt’s Grand Mufti on 4 March. Allam said that as he has had only limited time to review the cases, he was not able to reach a decision regarding the proposed death sentences.

The Egyptian legal system requires a judge to obtain the recommendation of the Grand Mufti before issuing a defendant with the death penalty.

The 21 defendants are accused of storming the pitch after an Al-Ahly-Al-Masry football match, killing 74 Al-Ahly supporters.

Several policemen and Ministry of Interior officials, also on trial for their role in the massacre, were accused of negligence for failing to end the violence and welding the stadium gates shut so that no one could escape.

In response to the verdict, Mohamed ElBaradei, Chairman of the Al-Dostour Party, posted a message on Twitter: “Waiting for the written verdict to know the mastermind behind the Port Said massacre so that we understand what is really going on in Egypt.”