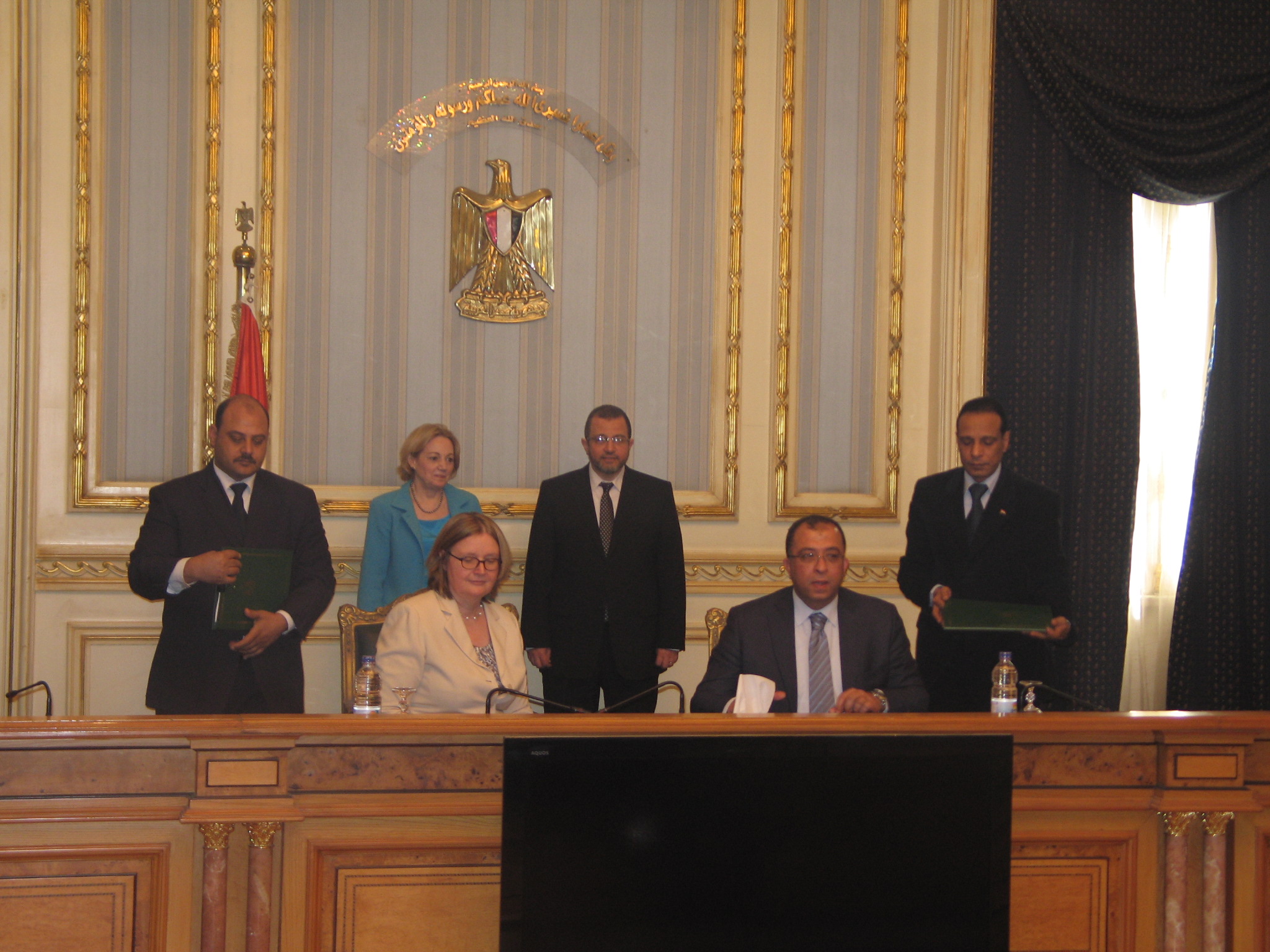 The two countries sealed the deal in an attempt to help stabilise Egypt’s sluggish economic performance.

The transaction is considered to be the first installment of the larger pledged $450m aid that will work toward balance of payment support to the Egyptian government.

“We look at this $190m as a down payment on Egypt’s promising future,” said US Ambassador Anne Patterson during the signing ceremony.

“As your country continues to make progress with the IMF on a solid program to stabilise and grow your economy, we will continue to be there, as friends, to support your efforts with additional assistance,” said Patterson.

The agreement will be presented to the Shura Council for ratification.

“The grant is expected to be received before the year’s end,” said Egyptian Minister of Planning and International Cooperation Ashraf El-Arabi who attended the ceremony with Prime Minister Hesham Qandil.

The IMF loan would open the door for Egypt to receive further US aid, namely the $1bn aid package that the Obama Administration pledged last April.

The package aims to support Egypt’s economy and transition to democracy.

US Secretary of State John Kerry announced the $190m US deal last week when he visited Egypt.

He made a separate announcement where he rewarded Egypt with $250m in recognition of Morsi’s recent economic reforms.

Morsi introduced a number of drastic measures in December to qualify Egypt for the proposed IMF loan, and to avoid negotiations with the IMF yet again.

Measures included tax increases and curbing fuel subsidies to boost revenues and back up the state’s budget deficit.

The negotiations have been postponed a number of times due to Egypt’s political upheaval and weak economic performance.

“When Egypt takes the difficult steps to strengthen its economy and build political unity and justice, we will work with our Congress at home on additional support,” Kerry said.

He also announced a new $60m fund for “direct support of key engines of democratic change” directed at Egyptian entrepreneurs and young people.

“The United States can and wants to do more,” he added.