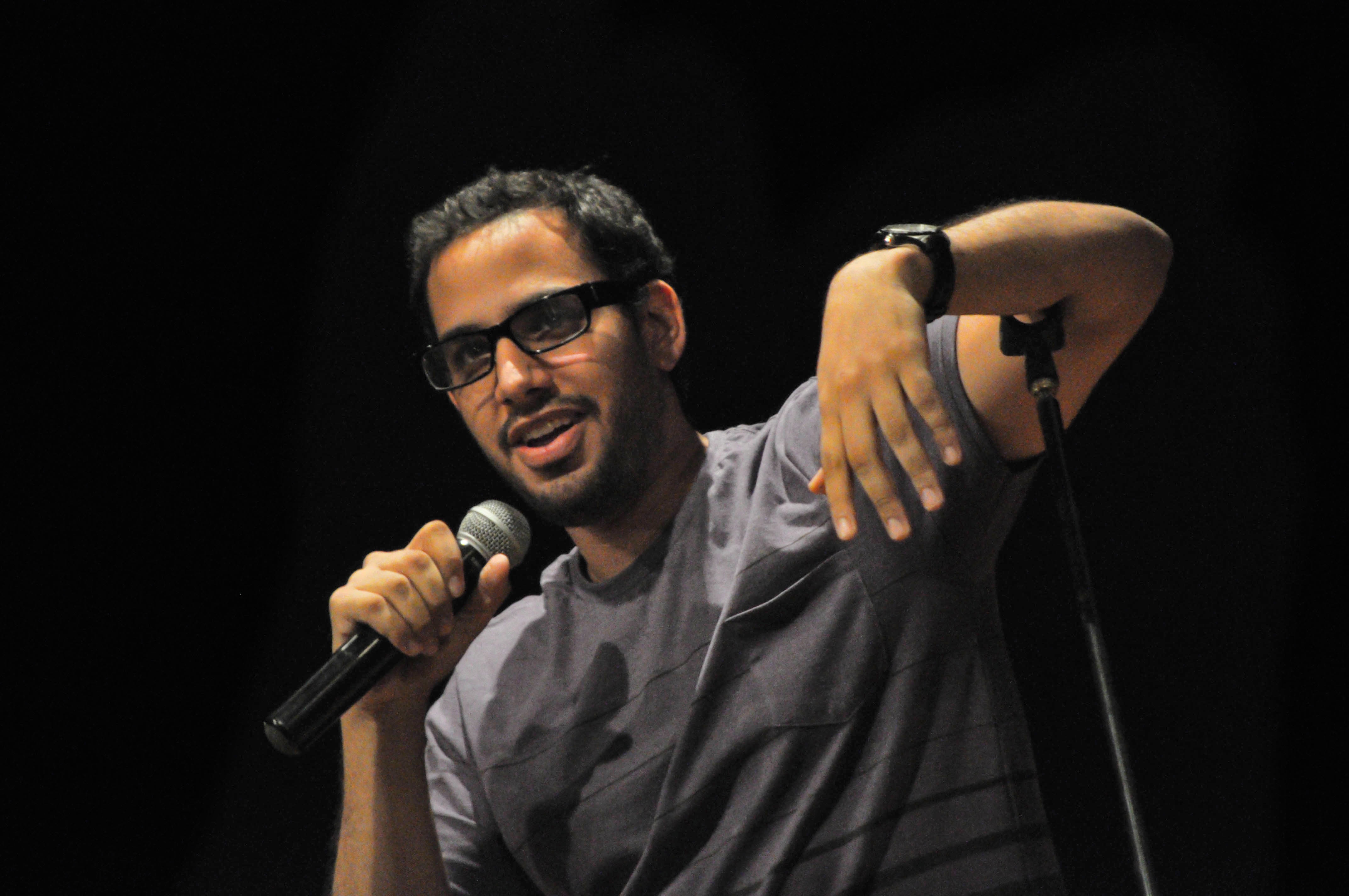 The famous chocolate that urges people to take a break and enjoy a chocolate bar has launched a competition that aims to find the funniest people in the Arab world. The Comedy Break Show urges funny talents to post a three minute video of their best work on their website and offers great prizes to the winners.

The competition is divided into two parts. The first part is called the Auditions and consists of Arab stand-up hopefuls uploading their videos on the website, which they can do until 6 April.

According to the rules and the family nature of the chocolate brand the videos cannot contain political or sexual content and the public can vote on which comedians they think are the funniest. A panel of our renowned comedians will select the top 10 contestants who will then move on to the second stage of the competition; the Challenges.

In the Challenges, which will start on 21 April, the top 10 comedians will live together in a villa in Dubai where they will be set different challenges to see how funny they are. During the process and their stay in the villa the contestants will be filmed, a little like a funny Big Brother. During this phase, the judges, Tony Abou Jaoude, Shaima and Ali Al Sayed and Fahad AlButairi, will help the comedians on improving their routines and ultimately choose the funniest contestant.

One of the contenders is Egyptian comedian Rami Boraie who has been doing stand-up since 2008. “I usually do not do a lot of self promotion,” Boraie said, “but I joined the competition because it looks like fun, it is great to have a shot at performing to a larger audience and get noticed. Besides that, the judges are awesome.”

Boraie grew up in Canada but moved to Egypt when he was 18 to attend university. “My parents are Egyptian and of course I knew a lot about our culture but I had never lived here. I wanted to learn first hand about my heritage and it has been the best decision of my life.”

“I have been writing and thinking of comedy sketches since I was a kid,” Boraie said. He was offered a spot in a comedy club in Canada when he was 16 but at the advice of his parents he waited a while before he started performing. “I did my first show in 2008 and I have not stopped since, just give me a stage, an audience and a microphone and I am happy.

There is nothing better than performing in front of an audience and have them make a connection with what you are saying,” he said. Boraie has performed in several venues in Egypt and abroad, like New York City, Ottawa and Frankfurt.

Boraie chose a few samples of previous show to make up the video he has posted for the competition. “I do not tape my shows often and there were some restrictions in the rules so I had to find a few clips that would fit within the criteria.”

When asked about the comedy scene in Egypt Boraie is enthusiastic. “There is a good group of comedians in Egypt who all regularly perform. And with the success of Bassem Youssef comedy is becoming a lot more popular. He is very supportive of local talent and brings them on his show and he is making people care about comedy.”

The comedian does not see the current political climate, with many political parties emerging that propagate stricter Islamic values, as a problem. “Egypt has a strong community of artists who are very passionate about what they are doing. No matter what will happen, we will find a way to perform,” Boraie said.