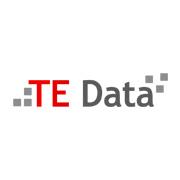 Egypt’s branch of telecommunications company T.E. Data recently signed a data transfer agreement with internet services provider Z Scaler. The agreement is intended to begin an era of cooperation between the two companies and distribute internet cloud protection services to networks throughout the Middle East.

The agreement stipulates that T.E. Data will provide its clients with cloud computing applications in addition to a number of other online solutions to protect their networks from malicious online attacks.

Tamer Jadullah, Managing Director of T.E. Data and Oversight Official for the Business Unit of Egyptian Telecommunications, said that the agreement would help facilitate safe data exchange between users of various internet sites, in accordance with international standards and laws.

“A number of companies operating in the Middle East have recently been on the receiving end of malicious online attacks from anonymous pirate and hacker organisations. I’ve been keen on working to provide and improve low cost company solutions to these types of challenges facing users,” he added.

He went on to say that a number of companies operating in the region have increasingly come to rely on e-mail, network applications, and e-commerce, particularly after the outbreak of the January 25th revolution, which led to the mass popularisation of new forms of social media. The recent agreement signed between T.E. Data and Z Scaler should help ensure that companies can use such applications safely and efficiently.

Nidal Taha, Vice President of Z Scaler, said that he is excited to be working with T.E. Data, adding that cooperation between the two companies would address the needs of internet users throughout Egypt to surf the internet safely and at low prices.