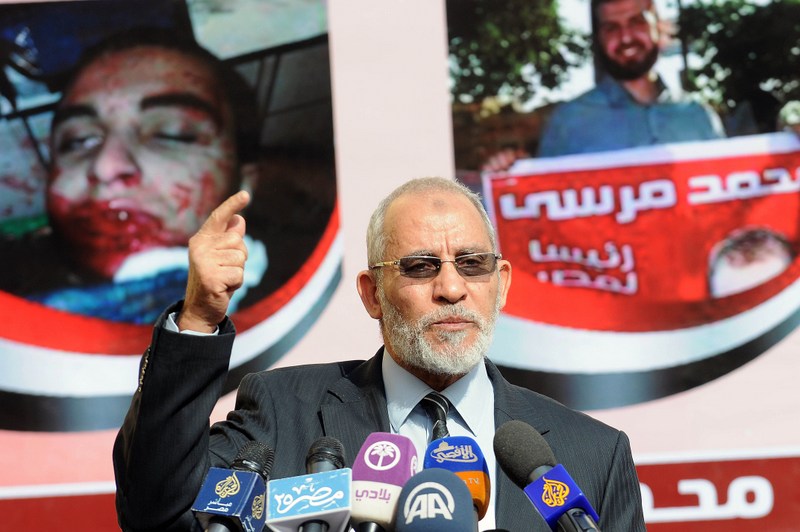 Supreme Guide of the Muslim Brotherhood Mohamed Badie was attacked on Monday while he was dining in a restaurant in City Stars mall.

The Brotherhood leader went to the mall with his family, where they had lunch at one of the mall’s restaurants. A young man, Kareem Mohamed, approached Badie when he was about to leave the restaurant. A quick argument broke out between Mohamed and Badie.

Mohamed spoke to Al-Ashera Masa’an TV show on Monday night, explaining the incident. “Badie was leaving the restaurant as I was entering it. I approached him and said: ‘This restaurant is American. Are you supporting it because the US is supporting your rule? Your rule won’t last for too long.’”

Mohamed claimed that Badie responded by saying, “God ordered me not to respond to people like you”, before he left the restaurant.

Mohamed said he then followed Badie and told him that the end of the Muslim Brotherhood rule would be by the hands of Egypt’s youth. “I told him he will not only go back to prison, but he might be executed as well.” Mohamed mentioned that Badie left and did not respond, denying the rumours that he attacked Badie. “I would never attack an elderly man.”

Ahmed Aref, spokesperson of the Muslim Brotherhood, said Badie was welcomed by the restaurant’s guests and staff, describing Mohamed’s action as “bizarre”. Aref claimed that Mohamed chanted against Badie saying “Down with the rule of the supreme guide”, adding that Badie told him that if he was the true ruler of Egypt then his chant would be true.

The spokesperson claimed that the mall’s guests condemned Mohamed’s actions and prevented him from escalating the argument with Badie. “Dr Badie did not mind talking to the man, but his actions were shameful.”

Aref denied that Badie had any body guards with him during the incident, adding that the mall’s guests offered more than enough protection.