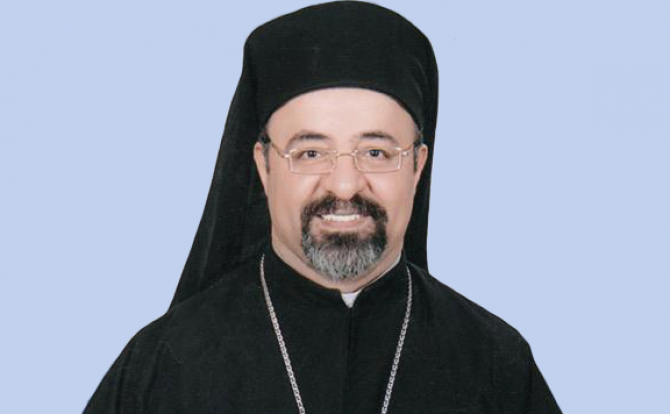 Bishop Isaac was chosen to become the sixth Coptic Catholic Patriarch on 15 January, succeeding Bishop Antonious Naguib, who gave up his post for health-related reasons.

President Mohamed Morsi sent a letter to Isaac congratulating him on his new position. Major Genral Abdel Moamen Fouda attended the inauguration on the president’s behalf.

“We pray for the president and all officials to be guided by God to what is best for our country,” Isaac said in his first speech as Patriarch.

He added that Muslims and Christians in Egypt should set an example of co-existence based on equality in rights and duties.

Omar Salem, the minister of state for parliamentary and legal affairs, attended on behalf of Prime Minister Hesham Qandil.

Pope Tawadros III, Patriarch of the Coptic Orthodox Church, gave a speech at the ceremony

“Together we build a nation that appreciates the values of citizenship and love,” Abdel Moneim Abolfotoh, leader of the Misr Al-Qawia  Party, said on Twitter as he congratulated the new patriarch.

The mass was held at the Virgin Mary Lady of Egypt Cathedral in Nasr city.