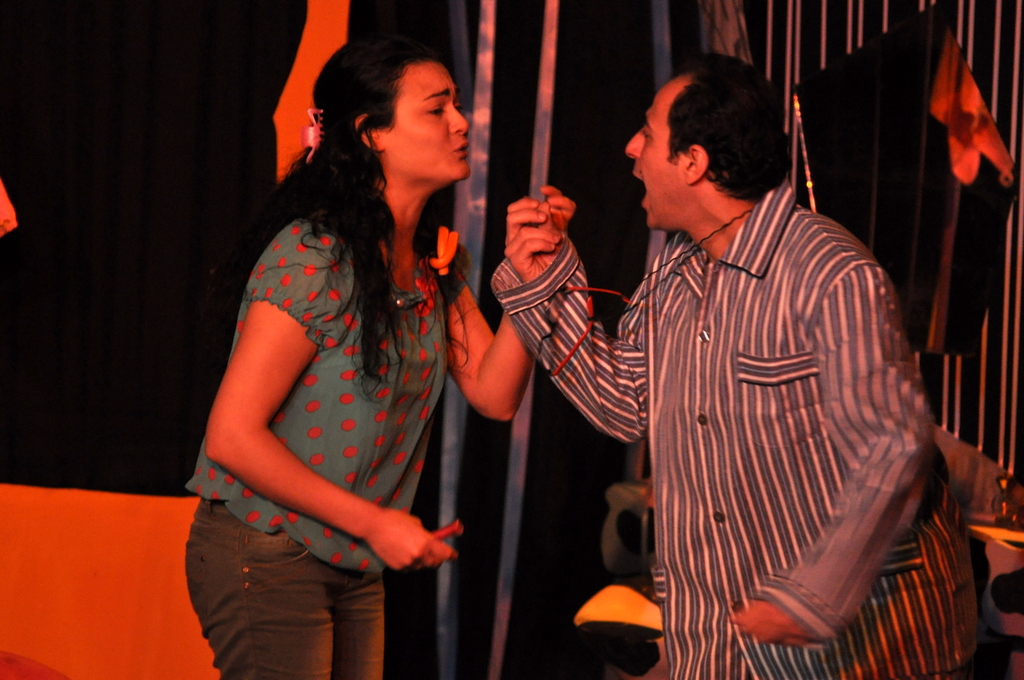 Maher Selim, the president of Al Beit Al Fany for Theatre, inaugurated the play The Moon’s Fissure on 7 March. The play is a modern adaptation of the play Auction, written by Mikhail Roman. The play revolves around the struggle for freedom against oppression and is set in a sarcastic world of fantasy.

The play features performances by actors Ramy Al Tonbary, Rabab Tarek and Wael Aboul Saoud. The music is composed by Ahmed Nasser, the set direction is by Omar Kamal, the choreography by Farouk Ga’far, and is directed by Khaled Abdel Hamid.