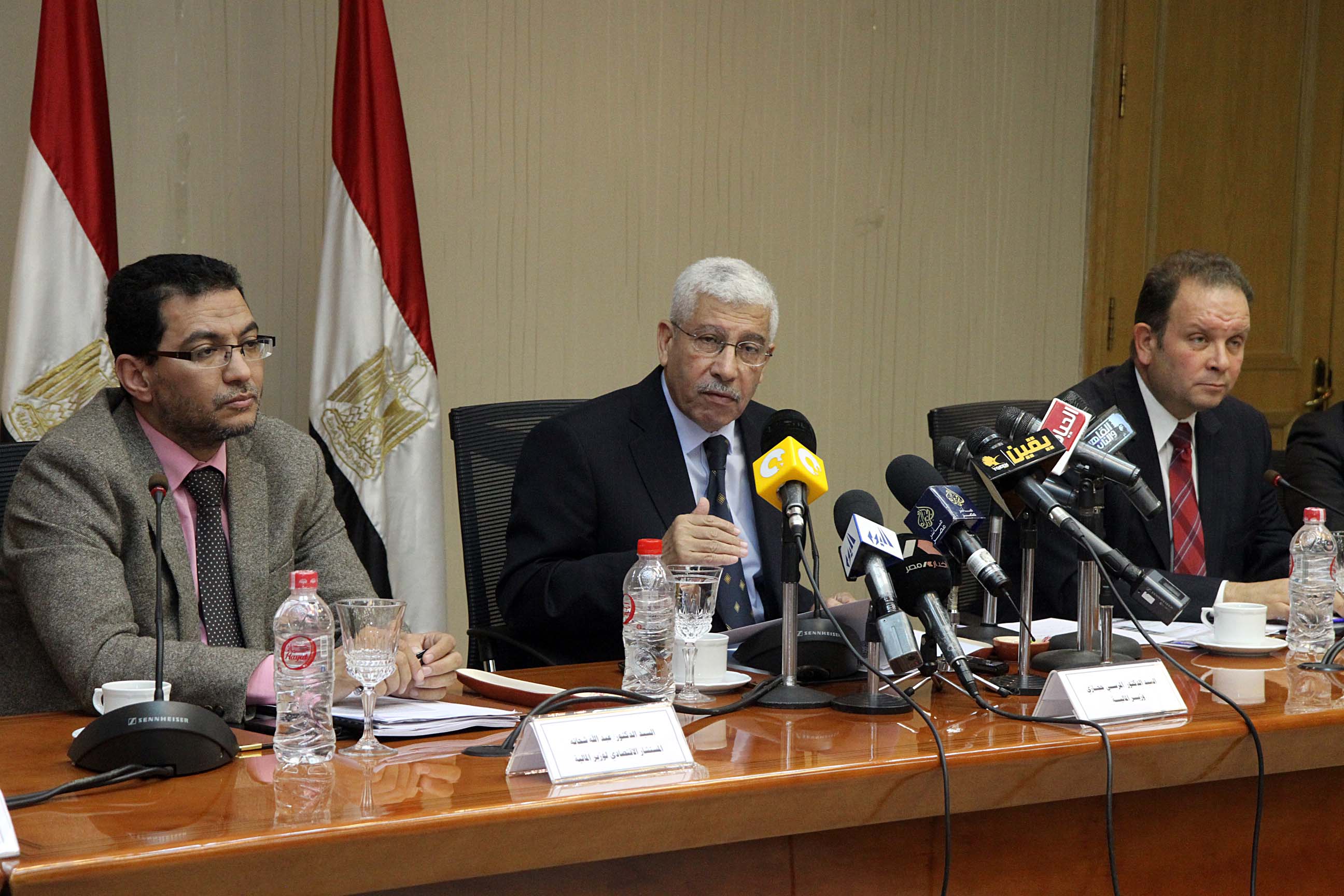 The Ministry of finance has picked 10 public-private partnerships (PPP) projects which are currently being prepared for launch during 2013, said Minister of Finance Al-Morsi Hegazy during a press conference on Tuesday.

“These PPP projects are expected to provide us with new mechanisms to attract foreign investments,” he said.

The conference was also attended by Abdallah Shehata, economic advisor for the minister of finance and Ater Hanoura, head of the PPP Unit at the Ministry of Finance.

One of the projects will be sanitation treatment plant at Abu Rawash with expected investments of around EGP 5.5bn. Initial studies for the project have been completed, and the tender will begin in May 2013.

“The second project is a garbage recycling project, beginning in four or five locations and expanding to 50 places,” said Hanoura.

The third project, said Hanoura, would be the Safaga Port, “one of the most important projects to develop in the South Valley Governorate”. This will create “between 3,000 and 4,000 directly employed positions and 10,000 indirect job opportunities”.

The Safaga Port project aims to facilitate the export of phosphate raw material, the import of cattle and create the opportunity for ship maintenance. The project is still being studied and is expected to be tendered by July 2013 with a cost total of between EGP 6bn and EGP 8bn.

“The Suez Canal Hospital is one of the PPP projects, which relates to Suez Canal University. The projects are expected to be opened for bidding in August or September 2013,” said Hanoura.

The Suez Canal Hospital project also includes the building of five centres for technology, and preliminary studies are expected to be finished next May.

“A new railway project is going to be open for bids in October 2013,” confirmed Hanoura. “The project includes a new railway line connecting the 10th of Ramadan to Ain Shams along a distance of 72km and passing by 12 stations. This project aims to transport people and products in order to connect the industrial zone with retail outlets.”

He added that there are also two desalination projects planned in Sharam Al-Sheikh and Hurgada. Both projects are expected to be offered during the same bidding session, and preliminary studies will begin in July and end in August.

Hanoura also highlighted that preliminary studies will soon begin for the River Bus project, “a very important project which has been very vital and successful in past years” but which has “recently deteriorated”.

Hegazy said that PPP projects are of great benefit to Egypt, mainly in finding new sources of capital investment in infrastructure projects which are needed by communities throughout Egypt, but also through the reduction in need to take on national loans or additional debt with all the “consequent harms” that come with this.

He added that this will contribute toward “building a local market” for new long-term financing solutions, in addition to the development of the economy and provision employment opportunities in addition to increasing the efficiency of public services provided to citizens.

Hegazy also announced that Cairo is expected to host Second International Conference for investment in PPP in Egypt on 24 March.

“There is great interest in participating in this conference, where there are expected official delegations from England, India, South Africa and several Arab countries,” said Hegazy.