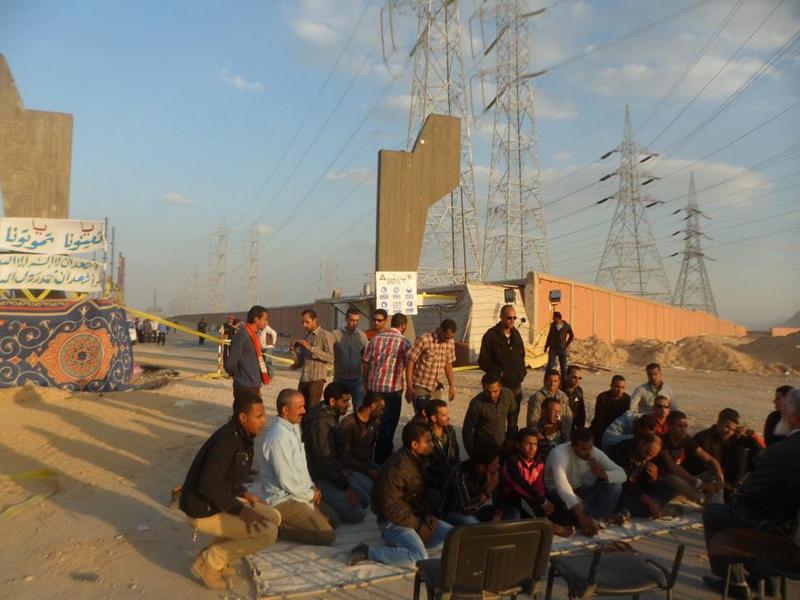 At least 100 workers on strike in Ain Sokhna have suspended a strike on Wednesday that they began earlier this week.

Between 100 and 200 workers had camped out, demanding fulltime contracts.

The workers are constructing a power plant in Ain Sokhna. The project belongs to the East Delta Electricity Production Company but foreign companies from France, Italy, and Japan as well as several other Egyptian companies are also involved.

“We want to stay in the company,” Metwaly said.

A project manager at the plant, Ali Hassan said the strike was “dispersed” although Metwaly stated it was only suspended after a military official took the workers’ demands and said they will be considered.

Hassan said the strike was resolved after 43 jobs were offered to the workers. The plant also said the workers will be tested and “suitable applicants will be hired”.

Hassan added that the strikers prevented other workers from carrying out their work causing financial losses for the companies involved in the project as well as delaying the launch of the power plant which is set to be operational by July.

“Demand your rights but do not prevent people from carrying out there work,” he said.

This is the workers’ seventh sit-in.