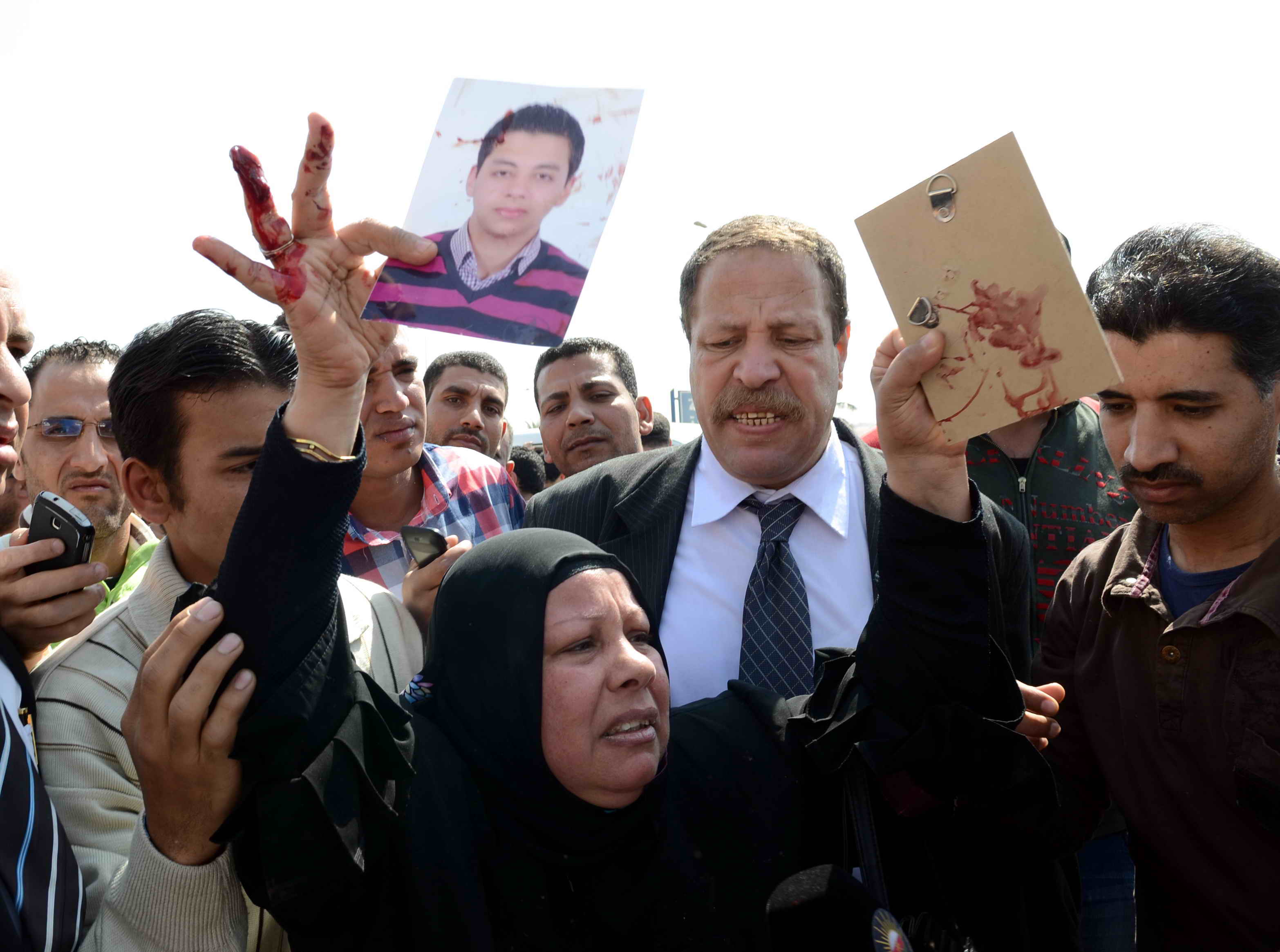 Ultras youth surrounded the house of Port Said’s governor on Wednesday night, the same night in which 38 members of a different Ultras group were arrested in Menufiya.

Hundreds of the Port Said based Ultras Green Eagles gathered outside the house of Governor Ahmed Abdallah. They were accompanied by family members of those killed during recent Port Said clashes.

Port Said resident Tarek Al-Kotty said the protest was peaceful and no clashes took place. He added that things were calm in the canal city on Thursday.

The protest comes ahead of President Mohamed Morsi’s meeting with a delegation representing Port Said on Thursday.

Al-Kotty added that the protesters rejected the meeting.

The Popular Current released a statement on Thursday deploring the president’s invitation to the families of the deceased in Port Said “because he bears the full responsibility for the bloodshed as he is politically responsible for the shooting of live ammo at protesters”. The Popular Current said this stems out of respect for those who died in the canal city.

Port Said has witnessed renewed violence since January which has left dozens of its residents dead. The violence followed an initial court ruling in the Port Said Massacre trial in January. The court ratified the ruling on 9 March sentencing 21 of the defendants to death.

Meanwhile outside Shebin Al-Kom Court in Menufiya, clashes have led to the arrests of 38 activists including member of Ultras Devils, according to the group’s Facebook page which published a list of the names that were detained.

Hundreds Ultras Ahlawy and Ultras Devils members had gathered outside the court on Wednesday demanding the release of Mohamed Gamal Helal who was charged with being a member of Black Bloc, a group designated by the state as a terrorist organisation.

Ultras Devils said the arrested were ordered to remain in detention for 15 days pending investigations.

The group released from detention said those still in custody have started a hunger strike because “of the injustice that has fallen upon them, the bullying of the Ministry of Interior and the obstinacy of the prosecution’s decisions”.

The arrested are accused of setting fire to the courthouse, public display of force against public employees, illegally forming the Ultras group as well as insulting government institutions.