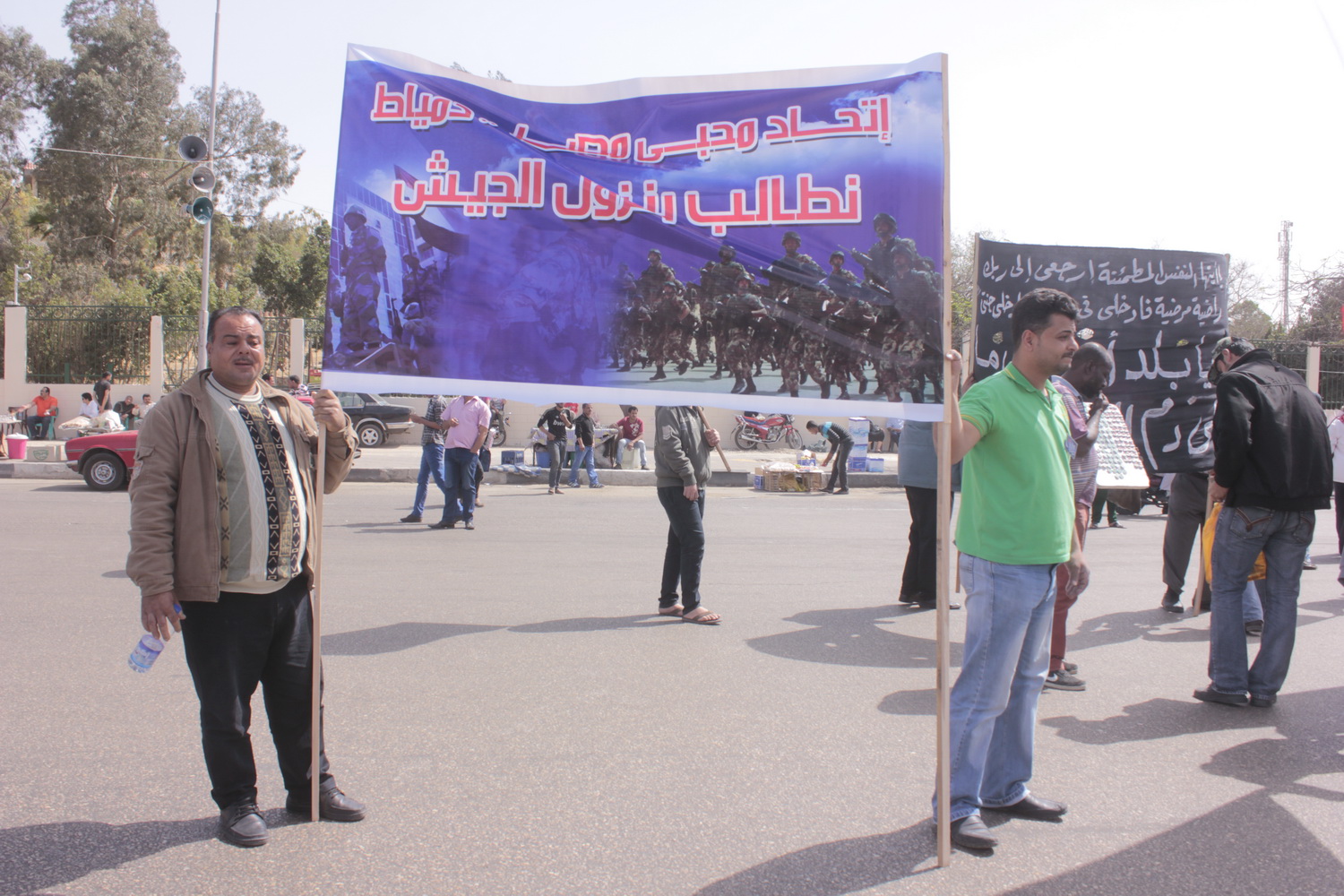 Dozens of demonstrators gathered in Manassa area of Nasr City to show their support of the Egyptian military.

The crowd was protesting against President Mohamed Morsi and demanding the return of military rule in what they called “last chance Friday”.

Protesters were seen handing out forms delegating authority to run the country to Minister of Defence and military Commander-in-Chief General Abdul Fatah Al-Sisi as well as collecting national ID cards for the same purpose.

The crowd brandished banners depicting Al-Sisi and Sadat while chanting against Morsi and Muslim Brotherhood rule.

A similar protest took place in Alexandria in front of the Northern Military Zone. Dozens marched from Al-Qaed Ibrahim mosque to the military zone denouncing Morsi’s rule and calling on the military to intervene.

One march called for Morsi’s resignation and early presidential elections while another merely demanded the resignation of Prime Minister Hesham Qandil’s cabinet.

Following former president Hosni Mubarak’s ouster in January 2011, the military took over power in the form of the Supreme Council of the Armed Forces (SCAF) until Morsi’s inauguration in June.

During military rule, hundreds of protesters were killed and thousands injured in confrontations with police and army personnel. SCAF was also responsible for subjecting 12,000 civilians on military trials.