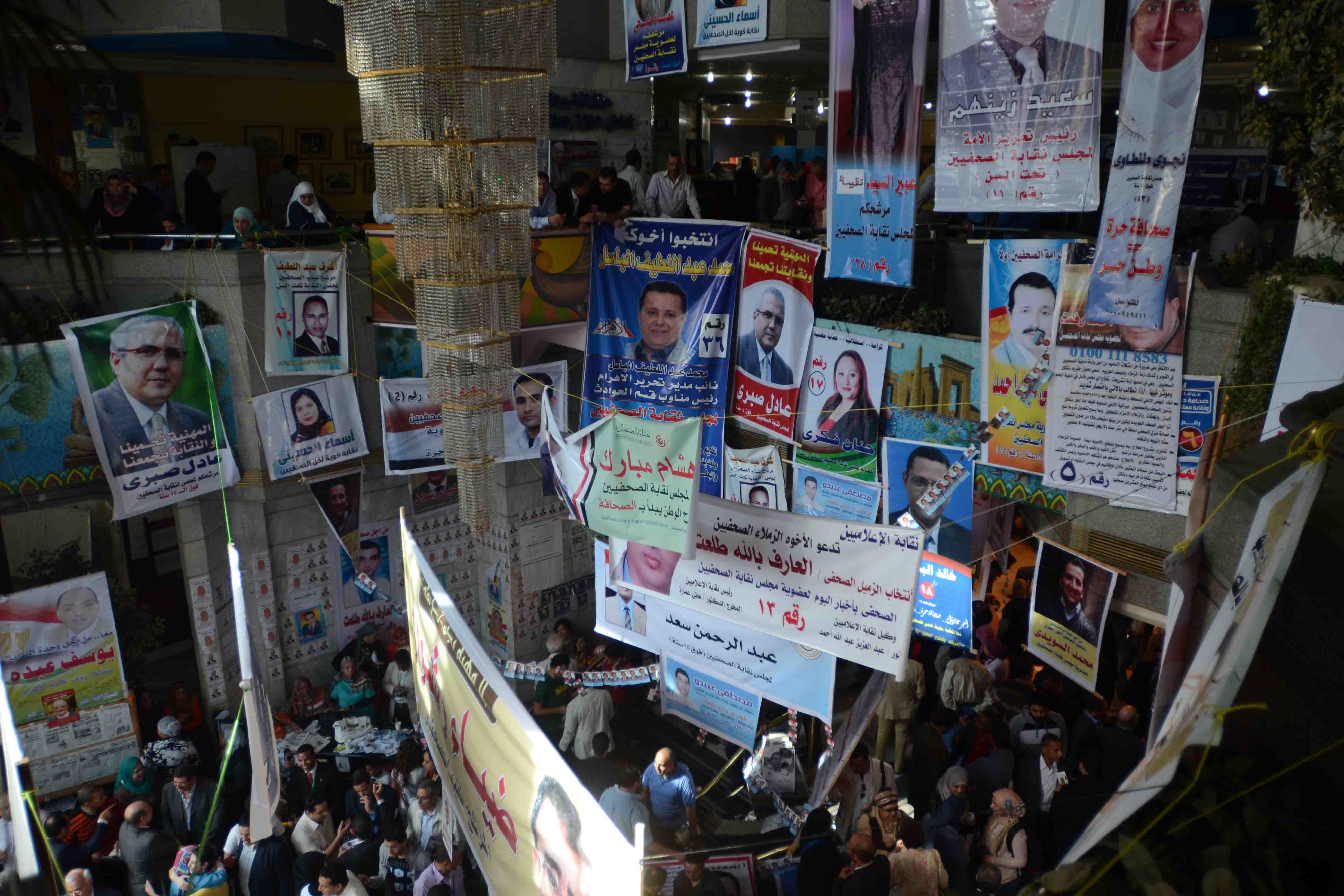 Journalists made their way to the Press Syndicate headquarters in Downtown Cairo on Friday to vote for a new syndicate board and leader.

Syndicate members registered elected six representatives out of a total 47 nominees until polls closed at 7pm.

The start time of the elections was delayed several times until the proper quorum, a quarter of registered voters, were present for the poll.

Before the election, the syndicate’s general assembly held a meeting where they announced their rejection of the new constitution for its failure to protect freedom of speech.

The gathered journalists also vowed to avenge slain photojournalist Al-Husseiny Abu Deif who was killed during clashes near the presidential palace.

The general assembly also voted that the next syndicate chairman would not be allowed to take on a position higher than the one they held at the time of being elected. During his tenure, outgoing chairman Mamdouh Al-Wali, a Muslim Brotherhood member, was appointed chairman of state-run Al-Ahram publications by the Shura Council.

Al-Wali was not present at the meeting. His popularity among journalists has dwindled since he attended the final Constituent Assembly meeting and approved the constitution despite the syndicate, which he represented in the assembly, voted to withdraw.

Director of Al-Ahram Centre for Political and Strategic Studies Diaa Rashwan and Al-Ahram managing editor Abdel Mohsen Salama are both running for the position of syndicate chairman.

The board did not say when the results of the election would be announced.