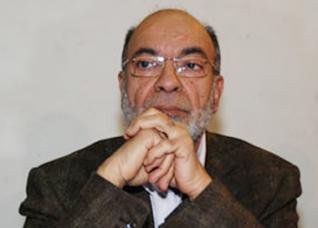 The heads of 14 professional syndicates and their office bodies held a meeting on Saturday at the Egyptian Syndicate of Engineers to launch the Alliance of Professional Syndicates.

The meeting voted unanimously for Chairman of the Pharmacists Syndicate Mohamed Abdel Gawad to be the head of the Alliance.

“The Alliance aims to coordinate between syndicates in the fields of services offered to members and projects established for the community’s benefit,” said Ahmed Lofty, spokesperson of the Doctors Syndicate.

Lotfy said that the importance of the alliance became obvious during the drafting the constitution. “When the professional syndicates were represented in the Constituent Assembly, the importance of coordination and unity became clear.”

He added that among its objectives, the alliance hopes to unite the stances of different syndicates on national issues.

During the meeting the syndicate representatives also discussed the bylaws of the alliance and chose an executive office.

The alliance aims for cooperation between syndicates on national projects like developing education. “This requires cooperation between engineers, doctors, teachers and many other professions to establish a comprehensive and developed system,” Lotfy said.

The heads of syndicates previously held several preparatory meetings, where the representatives of the Lawyers Syndicate were assigned to prepare a draft of the bylaws which was presented and approved by the board.