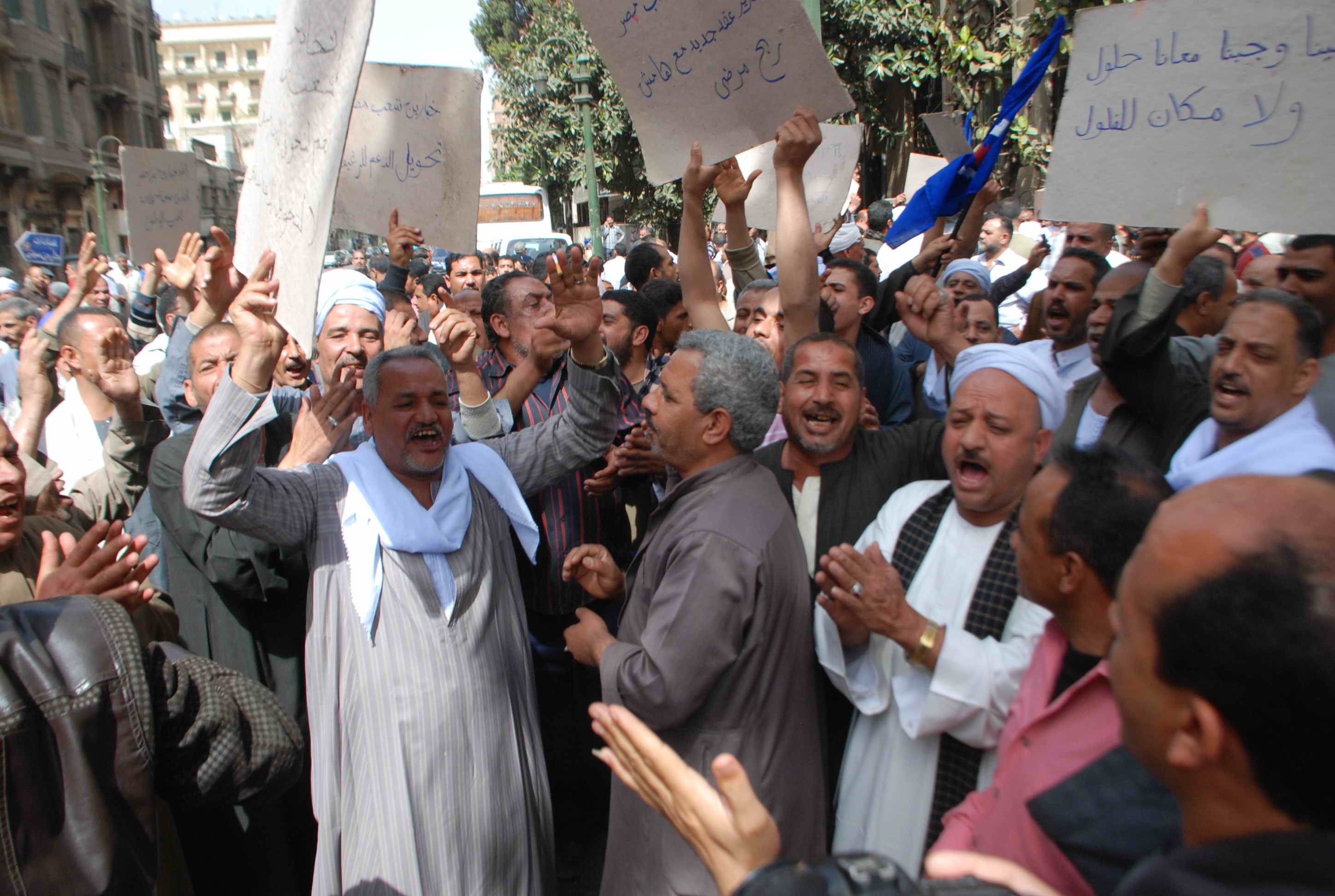 Hundreds of bakery owners protested on Saturday in front of the Ministry of Supply and Domestic Trade, demanding the cancellation of a new policy affecting flour and bread prices.

The owners chanted against Minister of Supply Bassem Ouda, Prime Minister Hisham Qandil, and President Mohamed Morsi. They asserted they will not leave or reopen Qasr Al-Eini Street, where the ministry is located, until the decisions are cancelled.

Hassan Abdel Khaleq, a bakery owner in Badrasheen, added that bakery owners used to buy the flour sack for EGP 10. They received EGP 50 as revenue for baking and selling the 1000 bread loaves produced from each sack, which left them EGP 40 to meet other production costs and achieve profit. “The EGP 30 gave us minimal profit. Now with the new system, we make no profit at all, as most of the money left for us is spent on production costs, especially on buying bran.”

Abdel Khaleq further explained that under the ministry’s new decision, owners would also buy bran at global market prices, whereas they previously received it for free.

The ministry also announced new fines and penalties against owners who commit violations such as insulting ministry inspectors, who regularly check the bakeries for quality assurance. The penalty for insulting an inspector could lead to shutting the bakery down.

The owners rejected the new penalties that they claim may be exploited by inspectors. “As a result of this decision, an inspector can blackmail us into giving him money by threatening to reports as wrongdoers and close down our source of income,” said Khamis.

The owners protested against the Ministry of Supply’s decisions on 1 March, before ending their protest and giving the ministry a 15-day ultimatum to respond to their demands, which the ministry failed to do. The protests recurred on Saturday.

“We are already overwhelmed by a shortage of diesel, poor quality flour, and continuous complaints from customers. We have nothing more to lose, and we can’t take it anymore. We are not leaving this time,” said Salama Abdel Nasser, owner of a bakery in the village of Menouf, Menufiya.

The Ministry of Supply could not be reached for comment.